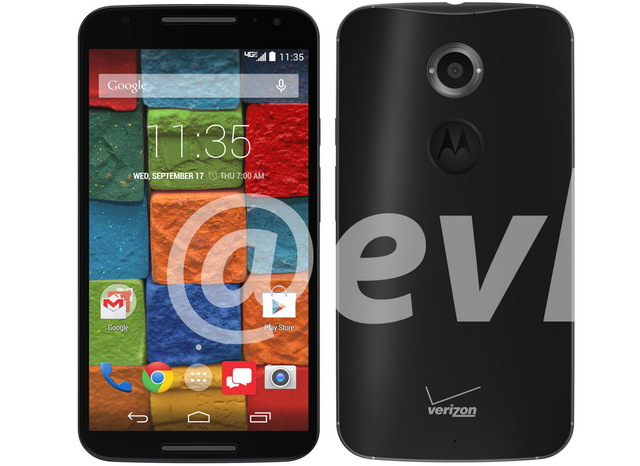 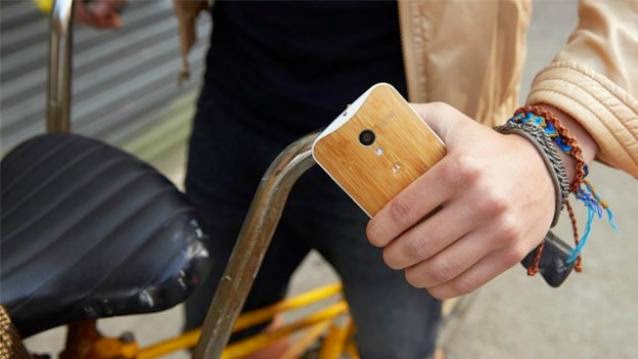 Popular tipster Evan Blass better known as Evleaks had announced his retirement earlier this month, but looks like he wasn’t ready to call it quits immediately. In what can be called a parting shot, Evleaks has revealed the Moto X +1 through leaked press renders.

The Moto X +1 in the image is meant for US carrier Verizon, but it gives us a great idea of what the device will look like. The first obvious change is the metal band around the sides of the phone, which was revealed in an earlier leak as well. Seeing as this is a press render, we can all but confirm that little detail. You can also clearly see the plastic inserts on the bottom and top for the various antennae, which also indicate metal sides.

The Motorola logo on the back sits deep (Image: EvLeaks)

The other big change is the presence of stereo speakers on the front. This is like the Moto E, but in our opinion makes the phone look a bit less premium. Of course, this is just a leaked press render and the final look could be a lot more polished. 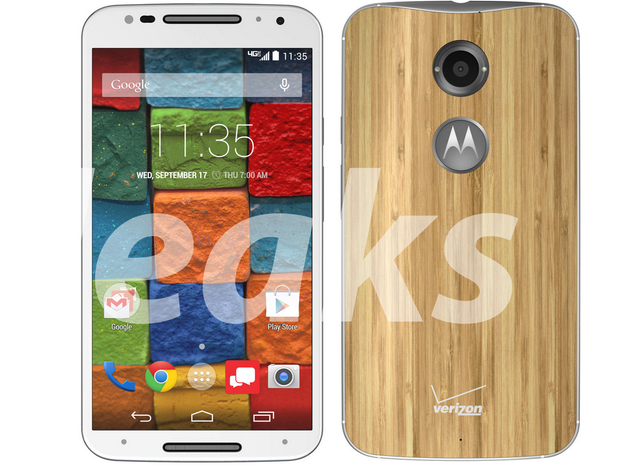 The back of the alleged Moto X +1 is also different, with the LED flash placed around the camera lens ring. The Motorola logo seems to be carved into a surface below the back panel, which does look very odd, and a bit garish on the wood-back version.


There seems to be an array of sensors on the front, including two below the display. It’s still unclear what that’s for. The wallpaper on the device is in line with Motorola’s colourful event invite for the September 5 event in Delhi, where the Moto X +1 is expected to make its official debut. Finally, the date on the device render is Wednesday, September 17, which could also be the date when the Moto X +1 goes on sale. That would put it at less than two weeks from the scheduled event, which means the device could be making its way out of production at the moment.