Earthquake predictions on WhatsApp and Facebook are hoax, says government 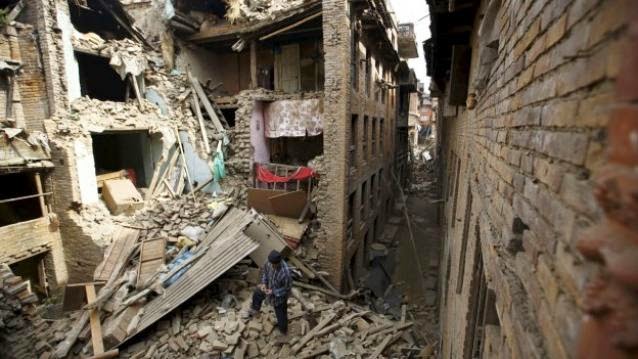 The Nepal Earthquake has resulted in a lot of casualties since it first struck on Saturday. According to news sources, over 3,000 people have died due to the natural calamity in Nepal. After the 7.9-magnitude earthquake that struck Nepal on Saturday, followed by multiple aftershocks, another 6.7-magnitude aftershock affected Nepal and many regions in northern and north-eastern part of India, with the death toll rising to 66 in India.

Amidst this tragedy, there have been a lot of posts on social media platforms such as Facebook and WhatsApp which claim that another powerful earthquake is set to strike India. These messages are just rumors and it is best not to forward them in your networks.

For instance, one of the messages that was doing the rounds on WhatsApp said, “North India will face next earthquake at 8:06 pm Govt of India is saying not to go in their houses (sic). The next richer (sic) scale of earthquake will be 8.2 News from NASA.” Another message posted on WhatsApp claimed that Bihar would be hit by a 13-magnitude quake and so on.

According to Hindustan Times, experts have said that one cannot predict earthquakes but scientists can only estimate the probability of quakes in zones with high seismic activities. The Indian government has also asked the media from being cautious on speculating about aftershocks.

The external affairs ministry has released an advisory to prevent such speculation which has the potential to cause panic and disturb relief efforts.

“Undue speculation may cause unnecessary panic complicating relief efforts. The Government of India assures that it is making all efforts to provide relief and evacuate stranded citizens in time,” said the advisory.