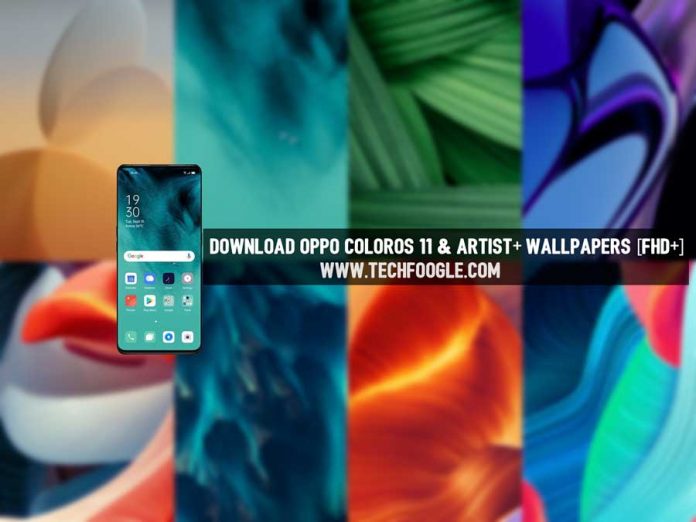 If you have used ColorOS 7 on Oppo’s phone, then you will get an idea of ​​Oppo ColorOS 11’s best features. Let us tell you about the benefits of this new ColorOS 11 coming in the Oppo phones.

Oppo, in partnership with Google, has also given some special features to its smartphones through ColorOS 11. 1. Oppo phone camera will have a Google lens. 2. The photo album of the Oppo phone will also have Google lens 3. Integrated Google Assistant custom action will also be in Oppo’s phone, which will help in providing customized design to the users.

After the introduction of this new update on the Oppo phone, the Google Lens feature will be quite spectacular. Google lens is a feature through which you can search what you see and understand the text of the world. Now after the new update comes, Google will also search the text written on any image seen on the phone of Oppo. Apart from this, some such technology has been used in this update, by which you can take a screenshot by dragging your three fingers i.e. the fingers on the screen of the phone, and Google Lens will translate the text written on that screenshot into different languages ​​of the world. . If you want to take a screenshot or translate the whole screen, you can do that too and if you want to translate or screenshot half the screen or any area of ​​the screen, you can do that. In this way, by partnering with Google, Oppo has updated the great feature of Google Lens with this new update in their smartphones.

Create what you want on display

There are many styles and patterns in this new system. Each pattern is unique and will represent your style. Always-on-display In it, users can create their content on the display on their own. You will be moving your fingers slowly on the screen of your phone and accordingly, a beautiful dynamic screen will be made on the phone. You can make these dynamic screens more attractive according to different colors, strokes, and compositions. In this way, you can create countless types of patterns on your phone. You can also create a custom pattern of your signature on the screen.

Through this, users can use different types of fonts for their interfaces. You can adjust the thickness of fonts on multiple scales with the help of finer customization. You will get a good reading experience on this phone. In this way, you can now customize fonts, font sizes, and font-weight as well. Oppo Sans is also absolutely free for commercial use. Any designer and company can use Oppo Sans.

The dark mode of the Oppo phone has also been customized with the update. The dark mode is now available in 3 colors. First Pitch Dark, Blue Dark, and Gray Dark. You can use any of these three colors at any time. Icons and wallpapers on the homepage can be adjusted with dark mode. Apart from this, now Dark Mode will be automatically adjusted with Sunrise and Sunrise. All-Around Customization You can customize anything of this phone according to you so that users can create UI or user interface for their Oppo phone according to their own.

After the update, this is such a feature, which we are also desperate to use. Through this, you can calm your mind by listening to any relay sound. Tired of their day-to-day work, people often take a break and go on a trip so that they can reduce their mental stress by experiencing the cool atmosphere there. With the help of Oppo Relax, you will not need to go on a trip every time in such a break. You can experience the peaceful atmosphere of the world on your phone through sound. With the help of this feature, you can customize your surrounding voice using a sound mix. You can mix the sound of any place like Daily Life, Nature, ocean area, Hill area, Temple-Mosque, and customize it. With the help of ASMR Sound Collection, you will be able to do this.

Sound of the cities

Some photographers have roamed different cities all over the world and recorded the sound there and with the help of many special techniques have created something that you will miss the memory of listening to it. It is named sensor memory. So with the help of Oppo Relax, you can travel all over the world just by listening to the sound. This is an amazing thing. Apart from this, after the arrival of this update, a lot of special and convenient gestures have also come on the Oppo phone. It includes a lot of gestures such as icon pull-down gestures, three-finger screenshot gestures. Apart from this, we have already told you about the Google translation feature through Three Finger Gestures.

Flex Drop: Multitask will be easy

Multi-tasking will become quite easy once the ColorOS 11 update arrives. You can easily do a lot of work on your Oppo phone at once. Because of a feature called Flex Drop, you can do a lot of things at once. For example, to work in any other app earlier, you had to first minimize the current window and move to another window. Now after the ColorOS 11 update you can swipe up your current window and make the size of that window smaller or larger according to yourself and place it somewhere on the screen as a small floating window and in other windows Can work by opening

Big Mast Apart from this, you can drag and drop anything from an app to anyone and share it through any other app. Through this feature, you can also watch videos, chat, and play games simultaneously. However, this feature will be launched in October this year.

Apart from this, after the arrival of this update, many features like Hyper Boost, Link Boost, Media Boost, AR Unit, Camera Unit, AI Unit, Fusion Unit have been included in the Oppo phone. It also has a fantastic ultra study mode, which can capture video of a running human in a fairly stable position. With HDR mode you can also click a lot of great pictures.

ColorOS 11 and Artist+ Wallpapers are impressive, realistic, premium, and have an abstract texture on its background. If you like the afore-listed images, then you can use the below-listed Google Drive to grab the (FHD+) high-resolution images.

With the help of this new feature, you can share things like any file, image, video, document in any nearby device in just one step. Anything can be shared on any brand phone from the Android device via Nearby Share. Users can also use this feature in offline mode i.e. without internet connectivity. You can even share heavy APK files of games in a pinch.

Oppo Watch will be connected automatically

Apart from this, some very special features will be seen in OPPO phones after the arrival of this ColorOS 11 update. As if your favorite cricket match started, your TV will start automatically as soon as you go to your TV room. You can also edit a document on the phone and laptop at the same time. Due to this update, you can easily connect to the phone from Oppo Watch.

The performance will also increase

After the arrival of this update, the processors of Oppo phones will also become much stronger than before. After this update, the RAM UTILIZATION of OPPO phone will increase by 45%. RESPONSE has increased by the RATE of 32% and FRAME RATE STABILITY by 17%. With this update, Quantum Animation 2.0 has been given in Oppo phones. What will be the benefit of this, we will show you in a video.

It has a super power-saving mode. For this, the Oppo company has claimed that only 5% of the battery also gives 12 hours of standby time. You can also text for up to 1.5 hours or 90 minutes in the same battery. You can make a phone call for one hour i.e. 60 minutes. It would happen to you that sometimes you put the phone in charge at night and you woke up in the morning, in which your phone was overcharged and its battery increased the risk of getting damaged. Or your battery charging time may be worse due to voltage down. ColorOS 11 brings with it a battery guard, which protects the battery from such problems. This guard remembers your charging routine and controls the battery charging accordingly. It also has a super night standby mode, which if you forgot to charge the phone even in a 2% battery at night, then after eight hours the phone will not be off.

In ColorOS 11, the Oppo company has also taken care of users’ data security. Through this, if you add any of your data to any app, it will not be saved there forever. As soon as you delete the app from your phone, the data in that app will also be automatically removed. The app will not have access to your entire system data. This will keep your data completely secure.

There is also a special private system in the phone. With which you can keep your private photos, folders, and files in a private folder with privacy and other things in the main system. You can easily exchange these two systems. This means that you can create two systems, private and main. In private, you can keep your privacy items which you will only be able to see. At the same time, you can keep normal things in Maine. If someone asks you to use your phone, then you can switch to the main system and give it to use your phone. This system of ColorOS is really special in terms of privacy.

Which phone got a new update

In this way, we told you about all the features of ColorOS 11 that have come in the smartphones of Oppo company. At present, this update has been included in this series and Oppo Reno series smartphones including Oppo Find X2. The company says that in the next few months, the company will send this update to 28 other phones of Oppo. We will also show you by reviewing the details of its new features in the updated phone from ColorOS 11, how good it is to use these features. How did you like our article, do let us know by commenting.