Does the HTC One M8 have enough to outsell Galaxy S5, Xperia Z2? 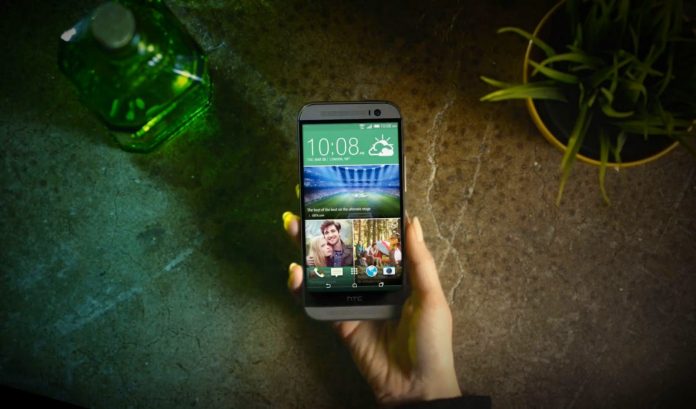 The HTC One M8 is finally here and immediately, the inevitable comparisons ensue. The One M8 will go on to compete with the Samsung Galaxy S5 and the Sony Xperia Z2 so far. LG has yet to unveil the successor to the G2, which will be the fourth contender in the group. The M8 is an evolutionary upgrade to HTC’s previous flagship and the focus seems to be heavily centered around the design. But in doing so, HTC seems to have neglected other key aspects of what makes flagship smartphone in today’s day and age. Could this neglect cost them a spot amongst the top three smartphones of 2014?

There’s no denying the fact that the One M8 will go down in history as one of the most beautifully crafted smartphones of all time. In fact, HTC has consistently churned out stunner after stunner in their One series. Design is one of the pivotal aspects of the phone and I don’t think the other flagships even come close to what HTC has achieved. But that seems to be the whole and soul of the phone as there really isn’t much else that’s substantial enough for you to sit up and take notice. They’ve increased the screen a bit, dropped in a faster chipset and tweaked around with the skin a bit. Yes, battery life has gotten better but that’s to be expected when you use a more efficient CPU and a larger battery. The depth sensing camera also sounds a bit gimmicky to be honest.

I’m all for a superbly designed phone, I really am. But when I’m paying upwards of Rs 40,000 on a phone, I expect to get the best of everything. One of the biggest drawbacks of the M8 in my eyes is that HTC went ahead with the same Ultrapixel camera from last year’s model. Behind the whole marketing spiel that is Ultrapixel, it does snap pictures at just 4MP and that’s not good enough for a flagship device. Compare this to Samsung’s 16MP and Sony’s 20.7MP sensor and suddenly the chinks give way to deep gashes in the M8′s armor. The One M8 will definitely sweep the title of the ‘best looking’ phone of 2014 but sadly, it already feels like a tough sell when you consider the whole package.

HTC’s new smartphone, the HTC One M8 looks pretty much like its predecessor and the Taiwanese company seems to have stuck with the same design and look. Dual speakers on the front, Snapdragon quad-core processor, a slightly bigger screen (from 4.7-inches to 5-inches). As far as its rivals go, it would be unfair to say that HTC hasn’t done enough. New premium smartphones don’t have much to offer nowadays other than a bigger screen, more megapixels in the camera and a better processor.

The only problem for HTC is that it has stuck to the 4 megapixel camera, when in consumer perception, more megapixels mean a better smartphone camera. A lot of users might not be comfortable paying a high price for a premium smartphone with a 4 megapixel camera.  HTC has tried to stand out in the market by talking about Ultrapixels, but given the response that the HTC One got in 2013, it should be clear, that this marketing strategy hasn’t paid off and is unlikely to work in 2014 either.

Year after year, we wait for the next HTC flagship to see how the Taiwanese manufacturer will finally challenge Samsung’s monopoly on the Android smartphone market. Year after year, HTC brings the fight right to Samsung’s doorstep, but loses steam just when it needs to punch.

Sadly, that’s the case this year too. The HTC One M8 looks great. The hardware is great, the design typically stellar, surpassing even the iPhone 5s in my opinion, and there are a ton of innovative software features too which should make it a pleasure to use. Everything seems to be just perfect.

Everything but the camera. One would have thought that HTC would have improved the one glaring disadvantage in the 2013 One after the underwhelming reviews. The Ultrapixel camera on the One was its major pitfall and it’s making a reappearance, with tweaked imaging software, to improve some of the picture quality. Nevertheless early reviews state that it’s not that much of an improvement, if at all.

Yes, there’s the so-called Duo Camera, but how many of us want to tinker with the focus of an image after it’s taken? How many even venture into the picture editor to resharpen an image right now or to make the colours pop more?

HTC should have instead built on the Ultrapixel technology and blown our minds with an 8-megapixel camera or thereabouts with larger pixel size, so that detail and colour reproduction are at par with the competition. Some may say it’s just a camera, and it doesn’t matter because phones are not supposed to be cameras. But at a time, when point-and-shoots are becoming increasingly irrelevant in the light of superb camera phones, HTC has missed a huge beat.

Instead what we have is an hamstrung flagship, one which could have been a sellout; it could have been a blockbuster and given Samsung real cause for concern. Instead it’s a 2014 smartphone with a 2013 camera, that wasn’t all that great in the first place. In conclusion, I would say HTC has done a lot to make the M8 a worthy challenger, but it seems to have fallen short again.