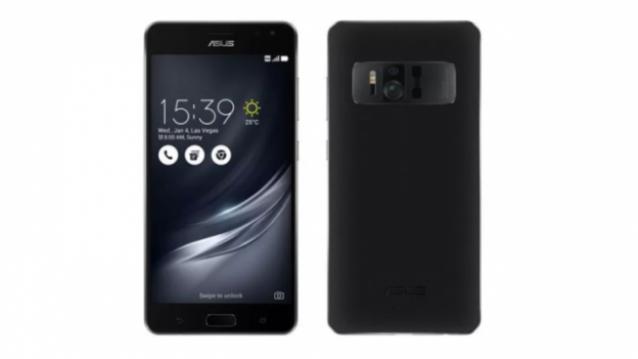 The Consumer Electronics Show will officially begin on 5 January, but companies have already started off with their announcements. Samsung announced its refresh to the A-series devices on 2 Jan. LG has already made announcements. Now, Taiwanese component and smartphone maker Asus seems to be releasing a new phone – the ZenFone AR.

Asus’ Zennovation event is scheduled to take place on 4 January at 11.30AM Pacific Time, which is around 1AM on 5 Jan, according to IST.

But looks like one of its star products may already have been leaked. In a Qualcomm blog accessed by GSMArena (taken down since), the details of the second Tango smartphone have been revealed.

The Asus ZenFone AR will be powered by Qualcomm’s Snapdragon 821 chipset and it will support Project Tango as well as Google Daydream. This makes the ZenFone AR the second Tango smartphone after Lenovo Phab2 Pro and the first phone outside the Pixel lineup to support Daydream VR platform.

Project Tango lets you map the 3D space around you by using a combination of cameras such as a regular camera, an integrated depth sensing camera and a motion tracking camera. The 3D space mapping is done in real time and can help out with navigating within shopping malls and other internal locations. It also lets you interact with your real surroundings thereby adding a layer of augmented reality to the mix.

If the leak is true, the Asus ZenFone AR will be the first smartphone to offer both Tango and Daydream support on once device. We will find out soon.