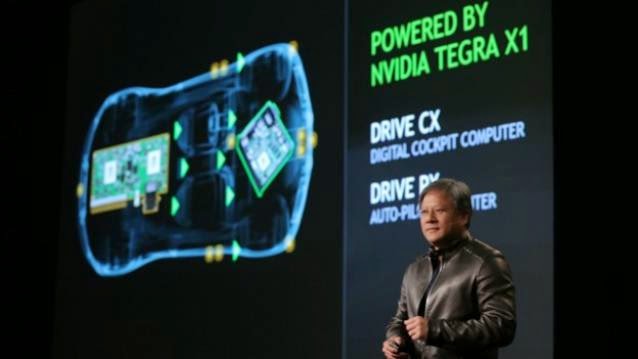 At an event in Las Vegas ahead of the Consumer Electronics Show, Nvidia Chief Executive Jen-Hsun Huang said the Tegra X1 chip would provide enough computing horsepower for automobiles with displays built into mirrors, dashboard, navigation systems and passenger seating.

“The future car is going to have an enormous amount of computational ability,” Huang said. “We imagine the number of displays in your car will grow very rapidly.”

The Tegra X1 has twice the performance of its predecessor, the Tegra K1, and will come out in early 2015, Nvidia said.

An upcoming platform combining two of the X1 chips can process data collected from up to 12 high-definition cameras monitoring traffic, blind spots and other safety conditions in driver assistance systems, Huang said.

Santa Clara, California-based Nvidia in recent years has been expanding beyond its core business of designing high-end graphics chips for personal computers.

After struggling to compete against larger chipmakers like Qualcomm in smartphones and tablets, Nvidia is now increasing its focus on using its Tegra mobile chips in cars and is already supplying companies including Audi, BMW and Tesla.

In the third quarter, revenue from Tegra chips for automobiles and mobile devices jumped 51 percent to $168 million but it remained small compared to Nvidia’s total revenue of $1.225 billion.

@techfoogle
Previous CES 2015: TapSense plans to release ad-service platform for Apple Watch
Next This may be our first look at the Samsung Galaxy S6