BlackBerry launches Leap with 5-inch display in India at Rs 21,490 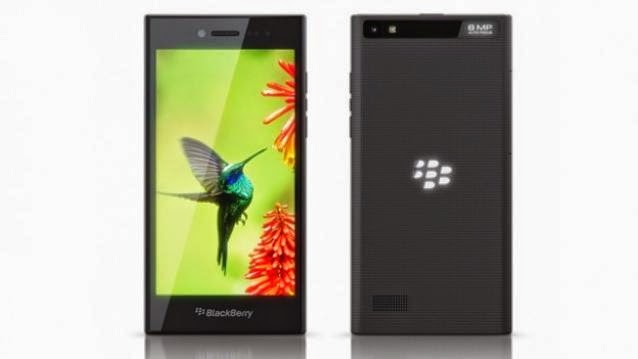 BlackBerry has launched the Leap smartphone in India at Rs 21,490. It will be available starting May 12 via all BlackBerry exclusive stores.

The BlackBerry Leap is an affordable all-touch smartphone which sports a 5-inch edge-to-edge HD display with a 720 x 1280 pixel resolution along with a 294ppi pixel density. It is powered by a Snapdragon S4 Plus chip, which has a 1.5GHz dual-core Krait CPU. It also includes 2GB RAM.

BlackBerry Leap runs BlackBerry 10 OS (version 10.3) and supports BlackBerry Blend desktop software. In terms of memory, the device has an in-built storage of 16GB and can be further expanded up to 128GB via microSD card. On the camera front, the BlackBerry Leap has an 8MP auto-focus camera with LED flash along with a 2MP front-facing camera. The device can record 1080p videos at 30fps and also has a 5x digital zoom.

In terms of connectivity, it supports Wi-Fi 802.11 b/g/n, Hotspot, Bluetooth v4.0, A-GPS, 4G LTE and microUSB v2.0. The smartphone is fuelled by a non-removable Li Ion 2800mAh battery that claims to last for up to 25 hours, even after heavy use.

“The BlackBerry Leap was designed specifically for the young power professionals who see their smartphone device as a powerful and durable productivity tool that also safeguards sensitive communications, while on-the-go” said Sunil Lalvani, Managing Director, BlackBerry India. “With BlackBerry Leap complementing the latest BlackBerry portfolio, including BlackBerry Passport and BlackBerry Classic, we continue to provide products and services that meet the needs of our consumer and enterprise customers,”