BlackBerry KEYone, the ‘Last Smartphone Designed by BlackBerry’, Launched at MWC 2017 for $549 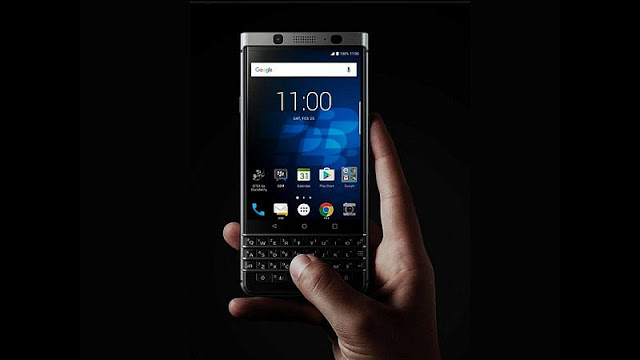 The Canadian company in September announced its decision to end smartphone design and production, and instead license the brand to partners such as TCL.

BlackBerry is touting KEYone’s Smart Keyboard, which has a fingerprint sensor on the spacebar as well as capacitive touch on the entire keyboard for scrolling. You can ‘Flick’ predictions using the BlackBerry KEYone keyboard, and also assign shortcuts to keys (such as press B for browser) for use with a press or a long-press.

The new BlackBerry KEYone runs Android 7.1 Nougat software with the company’s numerous productivity and security optimisations on top, such as the BlackBerry Hub and DTEK security monitoring app.

Coming to BlackBerry KEYone specifications, the smartphone sports a 4.5-inch full-HD (1620×1080 pixels) IPS display with a pixel density of 433ppi and Corning Gorilla Glass 4. The phone gets additional durability with its aluminium frame. The all-new BlackBerry KEYone is powered by a Qualcomm Snapdragon 625 octa-core SoC clocked at 2GHz, coupled with 3GB of RAM and an Adreno 506 GPU.
As for the camera, BlackBerry KEYone bears a 12-megapixel rear camera with a Sony IMX378 sensor – the same acclaimed sensor as the one on the Google Pixel – that has 1.55-micron pixels. For imaging, this smartphone also bears an 8-megapixel front facing camera with a wide-angle lens and a flash module.

BlackBerry KEYone offers 32GB of inbuilt storage that is expandable via microSD card (up to 2TB). The new KEYone comes with standard set of connectivity options, including 4G LTE, Wi-Fi 802.11ac, Bluetooth v4.2, NFC, 3.5mm headphone jack, and a USB Type-C port. It runs on a 3505mAh battery that’s said to give all-day battery life and support QuickCharge 3.0 with a ‘Boost’ charging feature that gives 50 percent charge in “roughly 36 minutes.”

Announcing the KEYone, BlackBerry on its blog said, “KEYone pairs the best of BlackBerry software and security with TCL’s commitment to delivering high-quality, reliable smartphones to markets around the world. And we are very enthusiastic about how our long-term partnerships with TCL and our other partners, BB Merah Putih in Indonesia and Optiemus for the Indian sub-continent, will ensure availability of BlackBerry-branded smartphones to every corner of the world.”