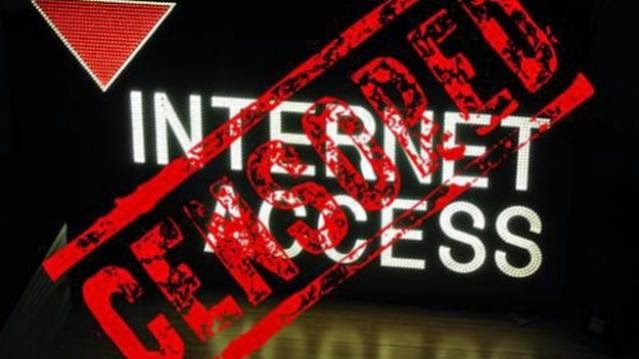 People in Pakistan cannot access the BJP Website as the saffron party has blocked its Internet page though its high-profile Prime Ministerial candidate Narendra Modi’s portal can be accessed for those who want to know about him.

“Error 1009 The owner of this Web site (bjp.org) has banned your IP address (—) on the country or region you are accessing it from,” says the page as one logs in from here.

Some questioned the logic of blocking the access saying even if someone fears hacking, hackers don’t use their own IP addresses.

Be it the government or local Pakistanis, everyone is eager to know about the general sentiments and trends as to who will form the next Government.

However, asked about Modi, top Pakistan Government officials say they are willing to “deal” with whoever forms the Government after the Lok Sabha elections and that includes Modi.

Even though the 2002 Gujarat riots loom large here, Pakistan is hopeful that the peace bogey is not derailed if the UPA Government is replaced by a Modi-led NDA.

Pakistan Prime Minister Nawaz Sharif, who has stressed on the need for better ties with all its neighbours, had said his country believes in good relations with India “regardless of whosoever is in power”.

Asked what will be Pakistan’s strategy if Modi comes to power, Foreign Office spokesperson Tasnim Aslam said, “I understand India is undergoing elections, a normal election in democracy and we also have seen reports that BJP seems to be in a strong position.”

She said the elections are an internal affair of India and it is for the Indian people to decide, to exercise their right, to choose and elect a Government.

“We deal with countries… So, we hope that whoever is elected in India would have that conviction and consciousness that peace is something that we owe to our people,” she told PTI recently in an interview.

Tasnim added that Pakistan strongly believes that “our region needs peace for economic development, for a better life for our people. They deserve it”.