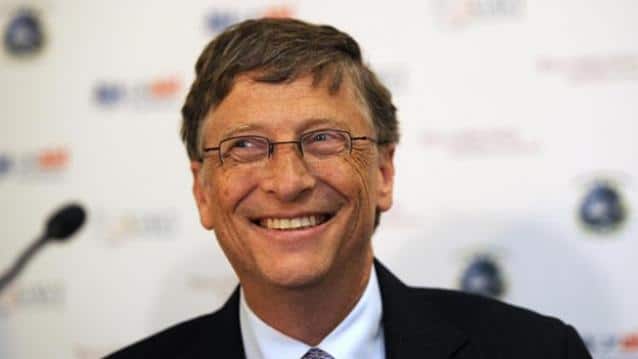 Microsoft co-founder and noted philanthropist Bill Gates is leading a round of investments focussing on fighting climate change. With the announcement of the Breakthrough Energy Ventures (BEV) fund, Gates has got together the who’s who of technology world to participate in the energy ventures fund. Unlike most VC investments, the BEV fund has a 20-year duration and it aims to invest in the commercialisation of new technologies which will help fight climate change.

Bill Gates formed the Breakthrough Energy Coalition last year along with 28 private investors from around the world. The BEV fund takes the coalition forward with the aims of investing in next generation technologies which will “provide reliable, affordable, zero-carbon energy, food and products to the world.”

The idea is to reduce greenhouse-gas emissions by having green electricity generation and storage, transportation, industrial processes and so on. The investments will start happening from 2017 onwards.

The directors of BEV fund include Reliance Industries chairman Mukesh Ambani, Alibaba Group executive chairman Jack Ma, Khosla Ventures’ founder Vinod Khosla, SAP co-founder Hasso Plattner. Bill Gates will be the chairman of BEV and plans to be actively involved in the venture. According to Forbes and Bloomberg, the combined estimated wealth of all the directors is in excess of $170bn.

BEV fund is like a starting step to deploy the ideas which lead to the formation of the Breakthrough Energy Coalition. Gates himself has set aside $1bn for this fund. According to Gates, advances in clean-energy technology could reduce our dependence on carbon-emitting fossil fuels.

According to Quartz, Gates acknowledges that investments in energy are harder than those in IT. “People think you can just put $50 million in and wait two years and then you know what you got. In this energy space, that’s not true at all,” he said. But at the same time he maintains that this space is not crowded and the return on investments over a longer period could be huge. BEV estimates that global energy market will be pegged at $6 trillion and energy demand to increase by one-third by 2040.

BEV has identified the area of energy storage technology which will see the first wave of investments. This is because efficient and affordable energy storage allows you to be reliant more on clean energy sources such as solar and wind energy.

Apart from BEV, Gates has also invested independently in nuclear energy startup TerraPower which he helped launch and where he serves as the chairman as well. Gates is also involved with an initiative called Mission Innovation where 22 countries and the EU aim to double the investment in clean energy tech over the next five years.

The United States is part of Mission Innovation, but its President-elect Donald Trump has questioned climate change time and again. In fact, he has appointed Myron Ebell as his choice for the head of the Environmental Protection Agency (EPA). Ebell has been calling climate scientists as ‘global warming alarmists‘. So clearly, there are challenges ahead for Gates.

Gates sats that a dialogue with the new administration regarding energy research will be important.

BEV is open to partnering with other organisations in the future. “BEV will explore opportunities to engage strategic corporate partners to coordinate expertise and capital to move breakthrough technologies forward. BEV will also partner with research institutions to develop an investment pipeline of projects as well as identify other investment partnership opportunities,” it says on its homepage.