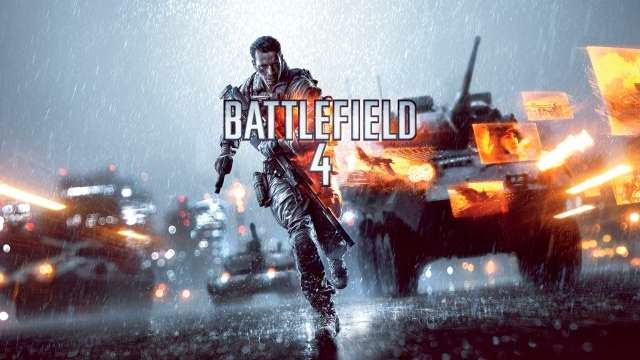 EA has been trying hard to fight the behemoth that is the Call of Duty franchise. While the Medal of Honor series failed in its attempts to bring Activision’s FPS series down, the Battlefield franchise has managed to stay strong. EA released what can arguably be considered the best game in the franchise back in 2011—Battlefield 3. After a couple of years and a ton of DLC, the company has now released the next game in the series. Aptly named Battlefield 4, it was recently released on PC, Xbox 360 and PlayStation 3. Considering the fact that PC is, and always will be the superior platform for first person shooters (at least until a better control system than the mouse and keyboard combo comes along), we decided to take the PC version out for a spin.

The first thing anyone will notice in Battlefield 4 is just how much more beautiful the game has become. It runs on an improved version of Frostbite 3, which while being the same engine that powered Battlefield 3, has been beefed up quite a bit. The new version of Frostbite also brings some of the crazier aspects of real-time level destruction that we saw back in Bad Company 2, where we could level entire buildings if we were so inclined. While it’s a bit dialed back in the destruction aspect than Bad Company 2, the engine has clearly been improved for Battlefield 4. DICE has also removed the blue-orange visual filter that was ever-so-present in BF3, which makes the game look much better. The engine also allows for a new feature in multiplayer, dubbed Levolution. We’ll get into that later, though.

Why does DICE even bother trying to make a single player campaign?

As for the single player, I’m not sure why I’m even wasting my time talking about it. It’s bad. Seriously. Call of Duty’s campaigns will sound like they’re written by Joss Whedon or something when you compare it to Battlefield 4’s storyline. I will give DICE one thing, though. The scripting has been vastly dialed down, allowing a player more agency. Also worth noting is that the player character can actually open doors for a change. This, I believe, ushers in a new era of gaming, where characters in a modern military FPS can actually open doors.

It looks like everyone’s bored of killing Russians and ambiguously middle-eastern people now. The new “enemies” this time around are the Chinese. A lot of the levels take place on Chinese soil, with some of the opening missions taking players through Shanghai. There are also quite a few (at least visually impressive) segments on a US Navy battleship. However, we’ll move on to some other aspects of the game, since talking about the single player campaign makes me regret even giving it a shot.

Shooting is still the same, and it’s still fun

The multiplayer is arguably the meat of any modern military shooter, and this is pretty apparent in BF4. Not much has changed: 64-player Conquest maps are still the high-point of the franchise and shooting is more or less the same. There are also some new game modes, like Obliteration, Defuse and Domination. Of the three, Domination was my favourite new addition to the game. It is essentially Conquest mode, sans the vehicles and on a slightly smaller scale. The number of players in Domination is also lower: 32 down from 64. Everything else is the same, with modes like Rush, Team Deathmatch and Squad Deathmatch making a comeback.

Multiplayer is extremely fun and Conquest is one of the best game modes ever made. Sadly enough, it doesn’t lend itself well to the lone-wolf gameplay some players like. Conquest is only fun if you’re a member of a squad, and the fun is compounded if squadmates are your real-life friends and on voice chat. Lone wolf players are better off playing the Domination mode, which also ends up being awesome, despite the smaller scale when compared to Conquest.
Conclusion:-

Battlefield 4 also brings back Commander Mode, which was last seen in Battlefield 2 and 2142. It lets one of the players on each team become the Commander, giving him a strategic view of the battlefield (no pun intended), and letting him use abilities that can help team mates while hindering enemies. While it is a welcome addition, it wasn’t really balanced well. To be able to play Commander Mode, players have to reach Rank 10, which creates quite a few problems, especially for those looking to get into the game. At the lower levels, if one team has a Commander while the other doesn’t, the team with the Commander is going to win thanks to some overpowered abilities such as UAV drones.

Gunplay has been changed very slightly, and some would even go as far as calling it somewhat similar to Call of Duty. However, (and thank you for this, DICE), the guns still aren’t hitscan (Note: A hitscan weapon’s bullets don’t have travel time. Essentially, the bullet hits your target the moment you pull the trigger. Call of Duty uses this). Bullets have travel time and follow a projectile arc, which forces you to aim a bit over your target if they’re too far away. Classes make a comeback, bringing with them the same kind of progression and specialisations we saw in BF3. The Assault class, for instance, uses an assault rifle and can throw medpacks to heal players. The Support class uses machine guns to provide suppressing fire and throw ammo packs around. Engineers can take down or repair vehicles and Recon is the token sniper class.

However, unlocking guns has also been switched up quite a bit. Leveling up specific classes will only get you new gadgets and a few class-exclusive weapons. Most of the weapons this time are unlocked in one of two ways—either automatically as you level up by playing matches or through randomised Battlepacks you can sometimes earn. Weapon attachment progression is still the same, where you have to get a certain number of kills with any weapons to unlock attachments for it. Unfortunately, this system causes problems where whenever you unlock a new weapon, you don’t even have some of the most basic attachments, like a red dot sight, and have to “earn” it back.

Maps are quite well made, and by some miracle, DICE has managed to avoid another Metro incident. Those who played BF3, remember what a chore playing the Metro map was. The new maps are much more open, each allowing for a number of approaches to and from any point. A personal favourite of mine was the naval combat-centric Paracel Storm map, especially because of its ‘Levolution’. Speaking of Levolution (arguably one of the stupidest-sounding portmanteaus ever created), maps can change in a bunch of ways in a single match, ranging from minor ones such as flipping a switch to stop vehicles from being able to cross a bridge to major ones, like the much-hyped and advertised destruction of the tower in the Siege of Shanghai map.

Sadly enough, it doesn’t always work well. While there’s plenty of fun to be had in Paracel Storm’s awesome randomised storms and hurricanes, there are some moments like the radio telescope receiver crashing on the dish in Rogue Transmission that barely affects gameplay. Siege of Shanghai is a straight out example of terrible design in this regard, since it is a widely accepted fact that destroying that giant tower in the middle makes the gameplay worse, instead of the other way around. I also noticed some problems with Siege of Shanghai where servers would instantly crash when the tower was taken down, which led to everyone getting disconnected.

All in all, Battlefield 4 is an excellent game. While some of the newer things it brings to the table may seem gimmicky and the gameplay is starting to feel a bit stale, thanks in no small part to the confusing popularity of the modern military shooter, it is still a solid game. Sadly enough, at the price EA is charging for it, we’d be hard-pressed to actually recommend it. The Rs 3,499 price tag is just simply too high for something this iterative, and we’d only recommend getting it if you are a die-hard Battlefield fan. For everyone else, we’d recommend sticking to Battlefield 3, or better yet, trying out PlanetSide 2, which has a much bigger scale than the Battlefield series (spanning continents), and has a rather refreshing sci-fi setting.