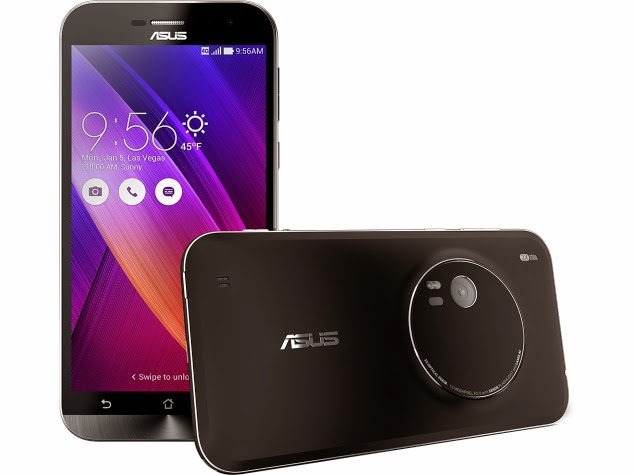 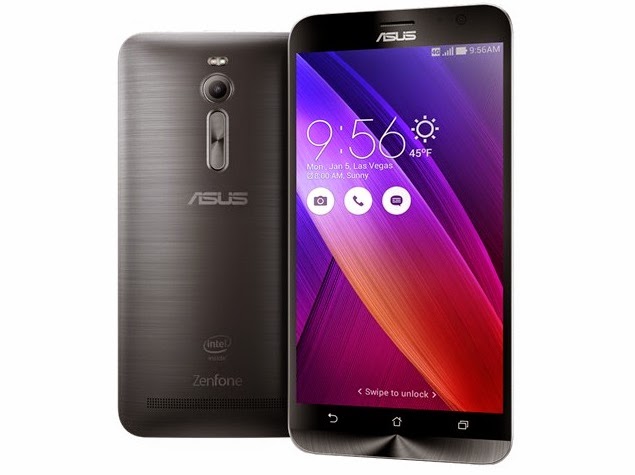 Asus, as expected, on Monday launched the ZenFone 2 at CES 2015 alongside the ZenFone Zoom – a smartphone with 3x optical zoom.

The Taiwanese handset maker revealed that the new Asus ZenFone 2 will be available in Q2 2015 (March) in several colour variants – Ceramic White, Glacier Gray, Glamour Red, Osmium Black, and Sheer Gold. It will be available at a starting price of $199 (Rs. 12,600 approximately).

The Asus ZenFone Zoom, on the other hand, will be available in Q2 2015 in Glacier White and Meteorite Black colours, and has been priced at $399 (Rs. 25,300 approximately) before taxes.

The Asus ZenFone 2 is the “industry’s first smartphone” packing 4GB of RAM. It is powered by a 64-bit Intel Atom Z3580 quad-core processor running at 2.3GHz. Notably, the smartphone will be available in two RAM variants – one with 2GB of LPDDR3 RAM, and another with 4GB of LPDDR3 RAM. Both versions will support expandable storage via microSD card (up to 64GB). It will be available in three inbuilt storage models – 16GB/32GB/64GB.It runs company’s brand new Asus ZenUI based on Google’s Android 5.0 Lollipop. The ZenFone 2 features a large 5.5-inch full-HD (1080×1920 pixels) IPS display offering a pixel density of 403ppi. The display is protected by Corning Gorilla Glass 3.

It is backed by a 3000mAh battery and the company claims with fast-charging technology, the ZenFone 2 can recharge up to 60 percent in just 39 minutes. It includes sensors such as accelerometer, proximity, ambient-light, gyroscopic, and digital compass.

ZenFone ZOOM made with the photographer in mind with 3x optical zoom pic.twitter.com/QB2NoHJoPv
— ASUS (@ASUS) January 5, 2015

The Asus ZenFone Zoom, on the other hand, is said to be designed with the photographer in mind and supports 3x optical zoom.

Running on the latest Asus ZenUI based on Android 5.0 Lollipop, it comes with almost similar specifications as the ZenFone 2 except that the ZenFone Zoom sports a 13-megapixel rear camera with f/2.7 to 4.8-aperture, 10-element lenses with 3X optical zoom, OIS (optical image stabilisation), laser auto-focus and dual-color Real Tone flash.

The company touts that with a thickness of just 11.95mm, the ZenFone Zoom is the “world’s thinnest 3X optical smartphone offering up to 12X zoom-in effect.” The Asus ZenFone Zoom includes 128GB of inbuilt storage.