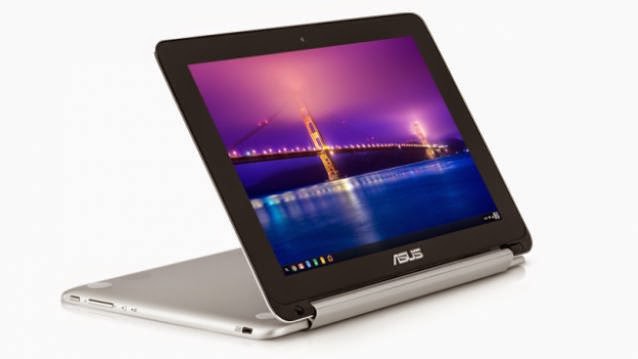 Asus has unveiled a new convertible Chromebook called the Asus Chromebook Flip which sports a 10.1 inch HD IPS touchscreen on a 360-degree rotating hinge, which allows it to fold into various form factors. This device, which seems smaller than most Chromebooks in the market, is priced at $249.

The Flip has an all-metal chassis rather than a plastic, the standard material used for most Chromebook casing. It is powered by a Rockchip 3288 Quadcore processor with a Mali-T764 GPU and is paired with either 2GB RAM or 4B RAM. It also includes a 16GB storage.

A report by The Verge states that Chrome OS still isn’t really designed with touch in mind, but those touchscreen features should get a lot more use soon.

A report by Engadget says that, thanks to an internal accelerometer, the screen orientation changes depending on how the laptop is positioned. It also added that, the device is smart enough to bring up touch-centric controls, like a virtual keyboard and handwriting recognition whenever a user taps an empty text field.

Google and Asus state that by the time the Chromebook Flip ships in the US during summer, the Chrome OS 42 will be ready on the stable channel.