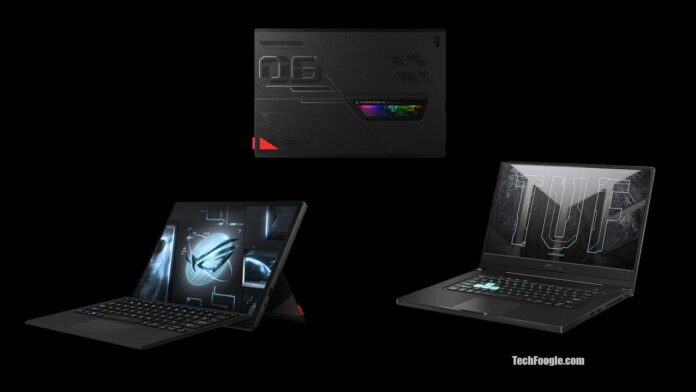 The business also unveiled the TUF Dash F15 gaming laptop in addition to the gaming tablet. The new TUF series laptop has an improved appearance and layout.

The Asus ROG Flow Z13 is priced at Rs 1,36,990 in India. The Asus TUF Dash F15, on the other hand, begins at Rs 90,990. Both Smartphones will be available for purchase online through the Asus e-shop, Amazon, and Flipkart. Customers may also buy gaming laptops from authorized retail shops.

The Asus ROG Flow Z13 has a 13.4-inch display and measures 12mm thick. On top, a Corning Gorilla Glass layer protects the display. A 12th Gen Intel Core i9 CPU and an Intel Xe GPU power the gaming tablet. Core i7 and Core i5 processors are also available.

The Asus ROG Flow Z13 comes with up to 16GB of RAM and 1TB of storage. The tablet has a Thunderbolt 4 connector, which also supports DisplayPort 1.4 and USB Power Delivery charging at up to 100W.

For a better viewing experience, the gaming tablet includes Dolby Vision compatibility. The Asus ROG Flow Z13 has a built-in kickstand that can support the display at a 170-degree angle. In addition, a screen cover keyboard is included in the box. For a more immersive gaming experience, users may attach a mouse or game controller to the tablet.

The gaming tablet is powered by a 62Wh battery that supports quick charging. According to the manufacturer, the tablet can charge up to 50% in 30 minutes.

The Asus ROG TUF Dash F15 also has up to 1TB of SSD storage. The NVIDIA GeForce RTX 3070 GPU powers the gaming laptop.

The gaming laptop has a backlit chiclet keyboard and a Dolby Atmos-tuned two-speaker system.

The Asus ROG TUF Dash F15 weighs 2 kg and has all of the necessary connectivity options.