Asus has launched the Fonepad 7 and MeMO Pad 8 in India; to be sold exclusively on Flipkart 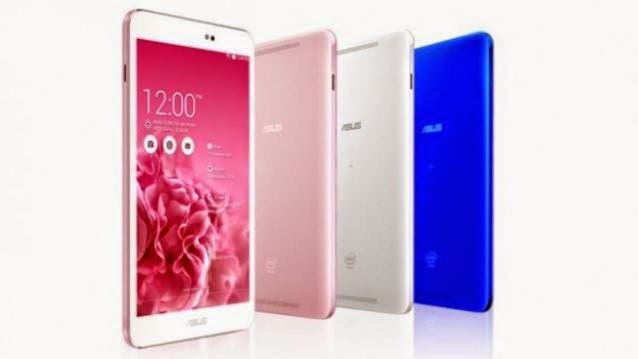 To be sold exclusively on Flipkart, both the tablets have been announced previously. The Fonepad 7 became official last month whereas the MeMO Pad 8 was launched in Computex 2014.

The Asus Fonepad 7 is a voice-calling tablet with a dual SIM configuration and runs Android 4.4 KitKat OS with the Zen UI skin on top of it. As the name implies, the Fonepad 7 has a 7-inch WSVGA (1024 x 600 pixels) display with an IPS panel which gives great viewing angles. It houses the Intel Atom Z2520 processor which is a dual-core hyper-threaded processor clocked at 1.2GHz. This is paired with 2GB of RAM. While it has 16GB of internal storage, you can expand the memory using a microSD card to 64GB.

The Asus MeMO Pad 8 also runs the Android 4.4 KitKat with the Zen UI on top. According to Asus, the MeMO Pad 8 is the lightest 8-inch LTE tablet as it weighs just 299 grams. The MeMO Pad 8 features an 8-inch 1920 x 1200 pixel display with an IPS panel. It has the Corning Gorilla Glass 3 protection. It is powered by an Intel Atom Z3580 which is a quad-core processor clocked at 2.3GHz. Just like the Fonepad 7, the MeMO Pad 8 also has 2GB of RAM.  You will get 16GB of internal storage which is expandable to 32GB using a microSD card.