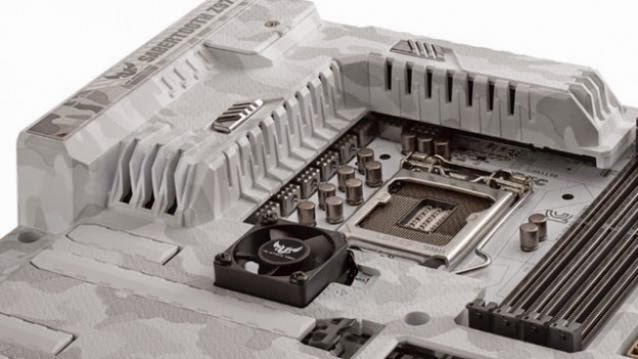 Asus has launched a limited edition TUF Sabertooth Z97 Mark S motherboard in India. It’s based on the Z97 chipset and features white arctic-camouflage design and a limited-edition production run. It’s available starting this month for a retail price of Rs 24,250 and a 5-year warranty.

Sabertooth Z97 Mark S made its first appearance at Computex 2014, where it was exhibited as a concept board bearing the codename ‘Sabranco’ — a portmanteau of saber and ‘branco’, the Portuguese word for ‘white’. Responding to the hugely-positive visitor feedback, it has been finally put into production, claims the company. Sabertooth Z97 Mark S also has exclusive limited-edition rarity, and every single board will be individually numbered.

The TUF’s Thermal Armor with Flow Valve technology is an exclusive arctic-camouflage-style cover with dual fans to boost airflow across the system for maximum heat dissipation. The new board comes with TUF’s Thermal Radar 2 software. Sabertooth Z97 Mark S also has an onboard TUF ICe microchip, which delivers temperature monitoring and fan control whether adjusting settings manually or via Thermal Radar 2’s one-click optimization feature.