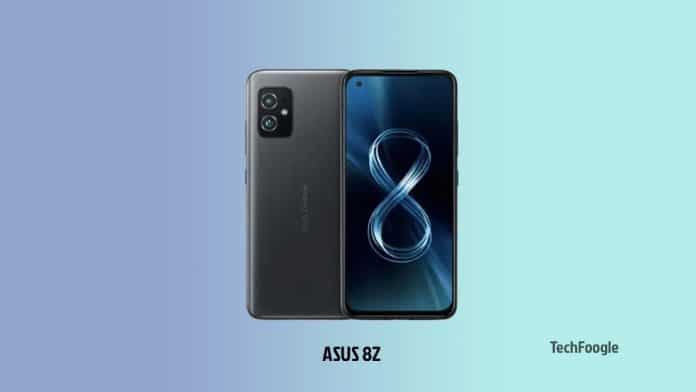 In India, Asus has launched the Asus 8z, which features a Snapdragon 888 processor and a 120Hz display.

Asus has finally introduced its last year’s flagship smartphone, the Asus 8z, in India, as promised last week. It’s a rebranded version of the ZenFone 8, which was released over a year ago in worldwide markets. In India, the firm has only released the tiny Asus 8z, not the Flip variation, so let’s have a look at the essential characteristics, pricing, and availability information.

Price and Release Date of the Asus 8z

In India, the Asus 8z is available in a single 8GB RAM + 128GB storage option for Rs 42,999. Obsidian Black and Horizon Silver are the two colour options for the smartphone. The Asus 8z will be available exclusively on Flipkart beginning March 7th.

We already know the full specifications of the Asus 8z because it is a rebranded version of the ZenFone 8 for the Indian market. It has all of the premium features you might want in a flagship phone. Furthermore, the smartphone is small in size, making it an ideal iPhone 13 mini substitute for Android users.

On the back, there’s a tiny rectangular module with two cameras, one with a 64MP Sony IMX686 main sensor and the other with a 12MP ultra-wide lens with 112-degree FOV and 4cm macro capabilities. The primary camera also has OIS and PDAF for better photography and video capture.

The Asus 8z is powered by Qualcomm’s top processor from last year, the Snapdragon 888 5G. In addition, you may buy up to 16GB of RAM and up to 256GB of internal storage. Finally, a 4,000mAh battery with 30W fast-charging capabilities is included. Wi-Fi 6E, Bluetooth 5.2, NFC, a USB Type-C connector, a 3.5mm headphone jack (a rarity in flagships nowadays), and 5G capability (11 bands) round out the connectivity choices. The smartphone is also dust and water-resistant (IP68).

The crucial question now is whether you would choose the Asus 8z over the OnePlus 9RT or the newly introduced iQOO 9 series in India.

Check it out on Flipkart