Apple’s iPhone modified the manner we use mobile phones 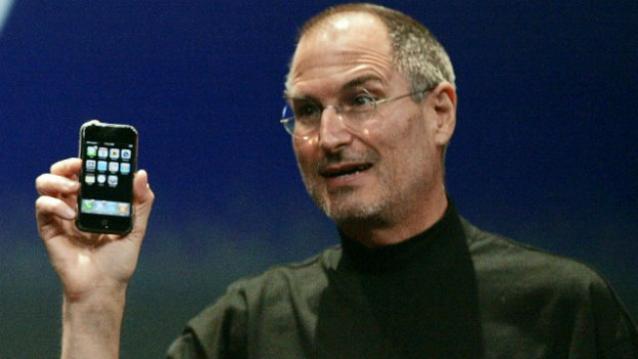 Mobile phones today were a lot different compared to when I first started using them. My first mobile phone, the humble Nokia 3530 also happened to be one of the cheaper models to feature a colour display. It was simple and all one could do with it was place calls download tiny wallpapers via WAP services and send text messages. Back in 2002, never did I imagine that a pocket-friendly mobile phone would even be capable of playing video files or 3D games. Soon after, the smartphone scene evolved, Nokia’s Symbian operating system grew in complexity and we soon had a barrage of smartphones year after year. Windows-powered smartphones from manufacturers like Sony Ericsson (Xperia Arc), HTC (Touch) and other co-existed peacefully as business-friendly smartphones. The world was at peace until in 2007, Apple CEO Steve Jobs unveiled the first iPhone.

The iPhone (occasionally referred to by some as the Jesus phone) was indeed the second coming of the smartphone. And it bought to light a number of technologies, forcing smartphonemakers like Nokia, BlackBerry and Sony Ericsson to wake up from their deep slumber and start innovating.

Apple did not innovate with the iPhone. But right there up on the stage, stubborn Steve Jobs had plenty to show to the world, things that many manufacturers would soon pick up and build upon. Sure enough, the iPhone was a wake up call and it bought along some interesting use cases that have now become the standard on smartphones we use today.

One of the technologies that Apple managed bring to smartphones today was a capacative screen (display). Prior to the iPhone, most smartphones and feature phones (as we now call them) used resistive touchscreen displays. Apple found a way to make them better by using glass instead of plastic screen. These made iPhone displays responsive and Apple made the best ones for its mobile phones. HTC and Nokia could only play catch up and somehow managed to pack in more sensitive resistive displays. Still then, these had to pressed (with some effort) and this made typing a bit of a problem. Soon enough the smartphone industry evolved and we now capacitive touchscreen displays even on the cheapest of smartphones.

Virtual keyboards were always a mess and part of this could be blamed on the use of resistive screens that made them hard to type on. The simplest solution was to build a better physical qwerty keyboard, but this made all of those Windows Mobile smartphones all the more thicker. Nokia took its own sweet time to build its own capacitive display and by that time it was evident that the company had to shut shop. Apple did not build the first virtual keyboard, but they simply built the first usable one.

App stores are pretty common on smartphones these days. But Apple’s iPhone 3G was the first one to have it. At launch it simply had about 500 apps. But those numbers caught up pretty quickly; quicker than Microsoft as a spectator could even count. It was the first user interface where apps built by third-party developers could be viewed, purchased and installed (with ease) and over a data connection. Prior to that your best shot at apps was by side-loading them on Symbian-powered smartphones.

Steve Jobs was all about control. Which is why he wanted complete control over what an iPhone will show its customers, to what goes into the hardware and even who gets to build them. Post the popularity spike of the iPhone it was easy to tell that his idea worked. Android smartphones face the same fragmentation issues even today and this is all thanks to the fact that manufacturers build hardware to work on software that is made by someone else. Software updates arrive at their own sweet time and pace (unless you own a Nexus device) and the same can be said about security patches that have only recently started to become a regular feature on smartphones.

Talking about software it is hard to ignore iTunes. There have been plenty of alternatives, but none that match the selection and exclusivity of iTunes’ music selection that can be downloaded straight to your smartphone. Nokia came up with a well thought of alternative called Nokia Music back in 2008, but it lacked the labels and seemed unprepared when it came to the customer experience that Apple with its iPods had already mastered. Nothing matched the simplicity of buying music from iTunes back then and right now things seem to be the same provided you are ready to pay up.