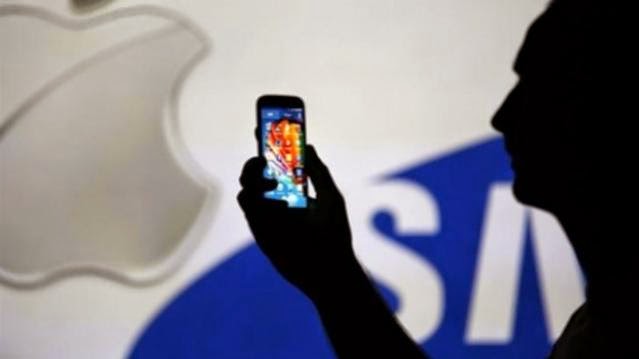 Samsung transformed the smartphone market only by copying iPhone technology, an Apple attorney said on Tuesday as the two companies delivered closing arguments to jurors after a month-long trial over mobile patents.

Apple and Samsung Electronics have been litigating around the world for nearly three years. Jurors awarded the iPhone maker about $930 million after a 2012 trial in San Jose, California, but Apple failed to persuade U.S. District Judge Lucy Koh to issue a permanent injunction against the sale of Samsung phones.

The current trial involves a fresh batch of Apple patents, which cover iPhone features like slide to unlock and search technology. Apple is again seeking to ban sales of several Samsung phones, including the Galaxy S III, as well as roughly $2 billion in damages.

Samsung also claims Apple violated two of its patents, and is seeking to ban the iPhone 5.

In court on Tuesday, Apple attorney Harold McElhinny said Samsung’s copying of Apple technology has greatly harmed the iPhone maker and turned the smartphone market into a two horse race.

“Unlike in fairly tales, we know that Samsung’s illegal strategy has been wildly successful,” McElhinny said.

While Apple called several engineers to testify at trial, Samsung did not produce any of its own software executives to discuss the creation of its phones, he said.

“None of them were brave enough to come here and face cross examination,” McElhinny said.

Attorneys for Samsung were scheduled to deliver their closing statement later on Tuesday.

Samsung’s phones run on the Android mobile operating system developed by Google. During trial, Samsung pointed out that some of the features Apple claims to own were actually invented by Google, and called a handful of Google executives to testify on its behalf.

The case in US District Court, Northern District of California is Apple vs Samsung Electronics, 12-630.