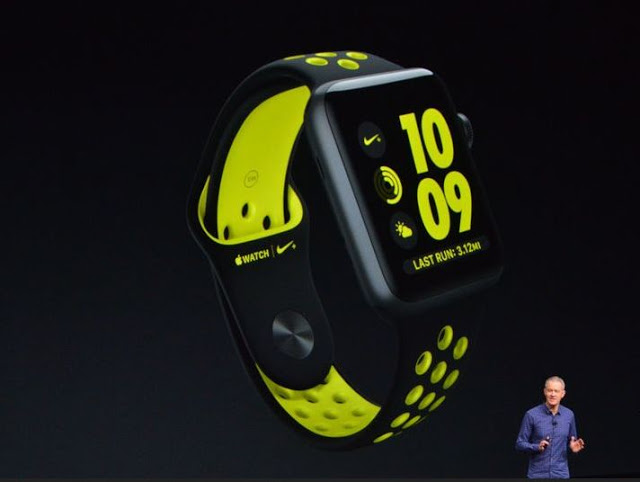 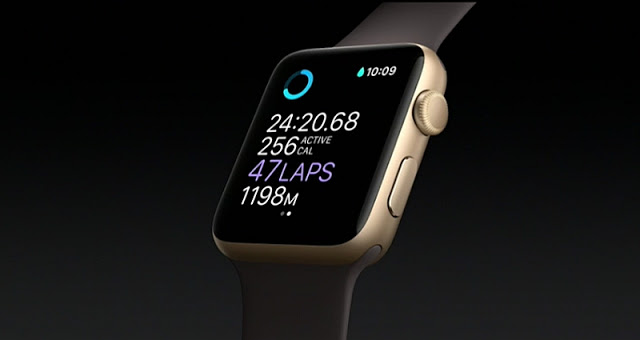 Apple showed off a new version of its Apple Watch, the first hardware upgrade for the device, showing the company’s dedication to a product some have said is being held back by its attachment to the iPhone.

The new watch includes a faster processor, a brighter screen and a GPS chip for fitness tracking, Apple Chief Operating Office Jeff Williams said Wednesday at an event that introduced its updated products including new iPhones. The company also showed off a number of new apps for the device, including the popular game Pokemon Go. The Apple Watch Series 2 price starts at $369 (Rs. 32,900 in India), and will launch on September 16 (October 7 in India).

Apple shipped its first watch in April 2015, hoping for a new blockbuster product amid slowing iPhone sales, which contribute more than 60 percent of the Cupertino, California-based company’s annual revenue.

While the company shipped 1.6 million devices from April to June, the product’s growth fell more than 56 percent from the same period in 2015, according to research analyst IDC. Now, Chief Executive Officer Tim Cook is banking on the new models to reinvigorate interest in the category. 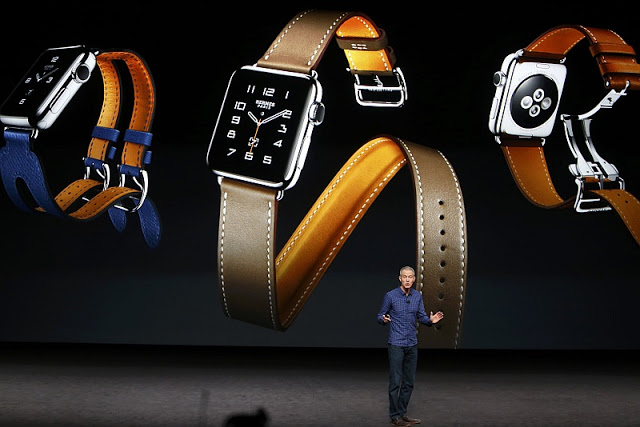 he new version is designed to include a GPS chip that allows for running and walking to be more accurately tracked during fitness sessions, Apple said.

The Series 2, as Apple is calling the new watch, is “swim proof,” because it is water resistant to a depth of 50 meters, Williams said.

The company has also renewed its longstanding partnership with Nike with a special Nike+ version of the Apple Watch. It resembles a fusion of an Apple product with Nike’s discontinued FuelBand fitness tracker, and it’s designed for runners and workout junkies.

The aluminum sport version of the Apple Watch Series 2 will start at $369, as will the Nike+ edition. The original Apple Watch is being rebranded as Series 1 and will start at $269, though it will come with the upgraded S2 dual-core processor. Preorders start on September 9th, while the watchOS 3 update will go live on September 13th. The sport and stainless steel versions start shipping the week after watchOS 3.

Apple Watch Nike+ will be available in late October, the company says.

The first Apple Watch was introduced alongside the iPhone 6 in September 2014 to much fanfare. It was initially marketed as a combination fitness companion, timepiece, and communications device, but Apple has since shifted to emphasize fitness and at-a-glance-information. After initially positive reviews, users have complained about issues related to the speed of launching apps, but the new models and software are likely to address these early problems.

The company is said to have hit engineering issues in making major changes that would connect the watch to cellular networks and make it less dependent on the iPhone. Now the watch must be synced with an iPhone to download most types of content.