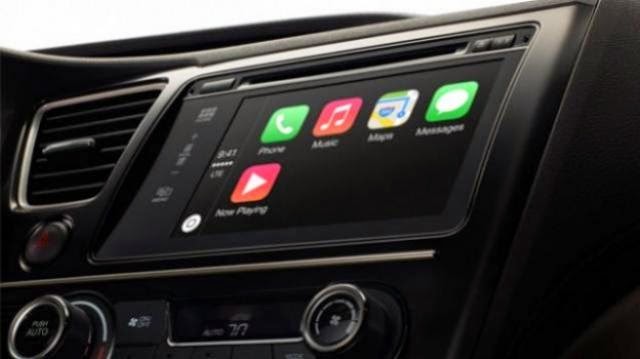 Technology giant Apple is looking beyond mobile devices to learn how to make a self-driving electric car, and is talking to experts at carmakers and automotive suppliers, a senior auto industry source familiar with the discussions said on Saturday.

The Cupertino, California-based maker of phones, computers and, soon, watches is exploring how to make an entire vehicle, not just designing automotive software or individual components, the auto industry source said.

“They don’t appear to want a lot of help from carmakers,” said the source, who declined to be named.
Apple is gathering advice on parts and production methods, focusing on electric and connected-car technologies, while studying the potential for automated driving, the source said.

“Fully automated driving is an evolution. Carmakers will slowly build the market for autonomous cars by first releasing connected and partially automated cars,” the auto industry source said. “Apple is interested in all the potential ways you can evolve the car; that includes autonomous driving.”
Whether it will build and release an electric car or a more evolved autonomous vehicle remains to be seen, the source said.

But clearly Apple has sharply raised its ambitions in automotive technology. Car technology has become a prime area of interest for Silicon Valley companies ranging from Google Inc (GOOGL.O), which has built a prototype self-driving car, to electric car-maker Tesla Motors Inc (TSLA.O).

An Apple spokesman in London on Saturday declined to comment on “rumors or speculation”.
Trying to build an actual car would mark a dramatic shift for the maker of the iPhone and iPad. Apple often researches projects which are then discarded, but has so far mainly stuck to its core expertise in mobile and electronic devices.

The Wall Street Journal reported on Friday that Apple had set up a secret lab working on the creation of an Apple-branded electric car, citing people familiar with the matter. The lab was set up late last year, soon after Apple revealed its forthcoming smart watch and latest iPhones, the Financial Times said.

Apple executives met with contract manufacturers including Magna Steyr in Austria, a unit of Magna International (MG.TO), the Journal said. A Magna spokeswoman declined to comment.

THE PATH TO SELF-DRIVING CARS

Analysts at Exane BNP Paribas have said they see a $25 billion market for automated driving technology by 2020, with vehicle intelligence becoming “the key differentiating factor”. But the brokerage does not expect fully automated cars to hit the road until 2025 or 2030, in part due to regulatory hurdles.

Short of building entire cars, there is money to be made from the software to run a self-driving vehicle, as well as the services associated with autonomous driving, such as mapping, car-sharing and car recharging services, the auto source said.

“It’s a software game. It’s all about autonomous driving,” the industry source said.

Apple may be pursuing mainly auto industry expertise rather than full-scale partnerships with established car companies.

With its soon-to-be-launched Apple Watch, the company had held limited discussions with Swiss watchmakers, but no broad-based alliance emerged from the talks.

Instead of partnerships, Apple pursued a go-it-alone strategy and turned to poaching talent from top watch brands.

Two different sources have told Reuters that Apple has tried to recruit auto industry experts in areas such as robotics.