Apple Now Makes Android Apps, Including One That Will Help You ‘Move to iOS’ 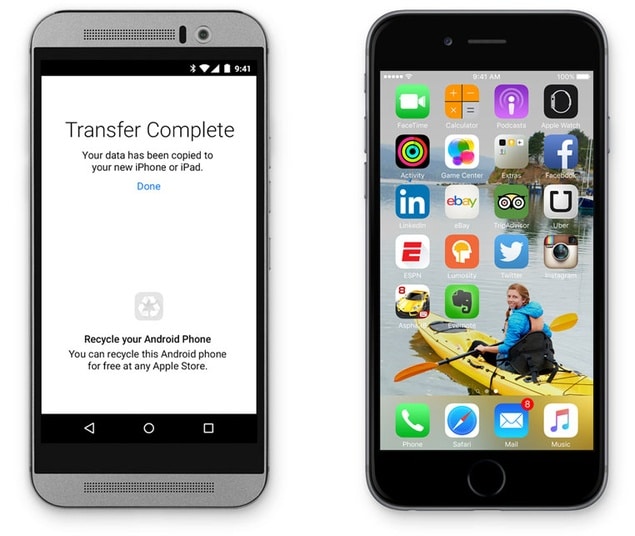 Apple is now making Android apps. While we let that sink in for you, let us soften the blow by telling you that one of these apps exists only to help people switch to iOS. While Google has a whole suite of apps on iOS, Apple has so far avoided making any of its apps available on Android. That makes this change of stance significant.

The big news is that Apple Music, a music streaming service, is coming to Android later this year, specifically, this fall. While previously Apple apps and services have been available on Windows and the Web, this is the first time that the company is making an Android app for a major service. Apple is making this app to tap a large audience outside its own ecosystem and it appears to be an important focus area for the company’s music apps such as iTunes and Apple Music.

There is a good chance that the Apple Music Android app will look and feel like an iOS app, just as iTunes for Windows looks like a Mac app. Apple could use this opportunity to give Android users a taste of iOS UI, just like Google tries to provide its Material Design experience on iOS. Ultimately, Apple would want Android users to switch to iOS as its hardware is its big money spinner.

Speaking of which, the other Android app unveiled at WWDC 2015 is called Move to iOS. This Android app helps people transfer their data from an Android device to an iOS device, making migration when buying a new iOS device such as an iPhone much easier. Contacts, message history, camera photos and videos, web bookmarks, mail accounts, calendars, wallpaper, and DRM-free songs and books can be transferred to an iOS device using this app.

Apart from this, the Move to iOS app will help Android users build their app library too. It will suggest that you download free apps (that you use on Android) via the App Store and if it finds paid apps on your Google account, it will add those to your iOS App Store wishlist. The whole transfer process is wireless, which adds another layer of convenience. Once the transfer is complete the app even suggests that you recycle the Android device at any Apple Store.

These developments show that Apple is now aggressively targeting people outside its ecosystem. It’s unlikely that apps such as iCloud Drive will make it to Android but the Apple Store app is one that could. That app helps people buy products directly from Apple and having it on Android is likely to help the company get more people to buy Apple products. Unlike Microsoft, Apple’s goal isn’t to build beautiful apps for other platforms so that people use its services. It appears as though it wants to build apps on Android to encourage people to switch to Apple products.