Apple may put off iPhone 6 India launch until November 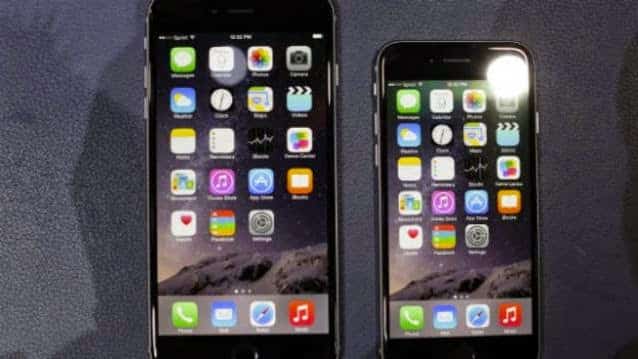 Apple iPhone 6 and iPhone 6 Plus might be coming in November to India. Reuters

So this year, Apple’s India fans were pleasantly surprised when after the iPhone 6 and iPhone 6 Plus launch, the company’s official India website showed 26 September as the official release date for the devices. But soon that had changed to 17 October and now the date has been removed from the Apple site completely.

But now there’s more bad news on the way as according to an Indian Express report, the chances of the iPhone 6 landing in India in October are slim and the devices will most probably come in November.
The report is actually based on information received from retailers in Croma, Vijay Sales and iWorld. According to the paper, “while Croma and iWorld had no clue”, an executive at Vijay Sales said the chances of the iPhone 6 coming to India in October was slim and that they expect the phone to come in November. The report adds that the device is likely to cost between Rs 55-60k.

It’s hard to verify a report like this given that Apple doesn’t ever confirm or deny such information, and also since it’s based on the knowledge of one executive part of a retail chain. There’s a good chance that the launch could be delayed but for now it’s hard to say if that will be true.

It looks like a really high price but hey let’s not forget that the last time the iPhone 5s was launched in India, people were going crazy for the gold version. Already in the grey market, the asking rate for the iPhone 6 and iPhone 6 Plus is as high as Rs one lakh.  We’ll have to wait and see when Apple launches the new iPhones in India and what the pricing will be like. For now based on news reports it is best to say that the iPhone 6 Plus is likely to see a shortage as the demand for that has far outstripped the supply.