Apple iPhone 7, iPhone 7 Plus Price in India and Release Date Announced by Apple 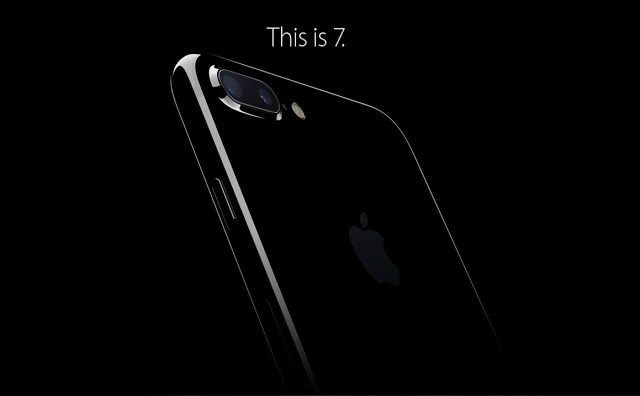 Apple unveiled the iPhone 7 and iPhone 7 Plus smartphones in San Francisco on Wednesday. iPhone 7 price in India starts at Rs. 60,000 for the new 32GB base variant, but there’s no word on iPhone 7 Plus price in India, or the price of other iPhone 7 variants. Both new iPhone models have an India release date of October 7, Apple has confirmed.

As far as the price in the US is concerned, the iPhone 7 starts at $649 (approximately Rs. 43,000) for the new 32GB entry-level variant, doing away with the 16GB model, while the iPhone 7 Plus start at $769 (approximately Rs. 51,000) for same 32GB storage. Apple has also doubled the storage variant on other models, with 128GB and 256GB models now rounding up the lineup. Pre-orders open this Friday in Australia, Austria, Belgium, Canada, China, Denmark, Finland, France, Germany, Hong Kong, Ireland, Italy, Japan, Luxembourg, Mexico, Netherlands, New Zealand, Norway, Portugal, Puerto Rico, Singapore, Spain, Sweden, Switzerland, Taiwan, UAE, the UK, US Virgin Islands, and the US, with the iPhone releasing in these countries on September 13.

The latest iPhone models comes with a new design, doing away with the antenna lines at the back, and they will be available in two new colours: (matte) black, jet (glossy) black, in addition to gold, silver, and rose gold, seen earlier. The iPhone 7 and iPhone 7 Plus also feature a redesigned home button which is now solid-state and force-sensitive. It uses Taptic vibrations instead of a physical click, just like the trackpad on the latest MacBook and MacBook Pro models. Apple has also added IP67 water and dust resistance, a first for the iPhone series.

The iPhone 7 Plus packs in the widely rumoured dual rear camera setup – one 56mm telephoto lens and the other wide-angle lens. The bigger iPhone is also capable of 2x optical zoom, with total zoom up to 10x.

The new iPhone models comes with a 25 percent brighter display with a wider colour gamut and improved colour management. The iPhone 7 and iPhone 7 Plus are powered by a new A10 Fusion 64-bit quad core chip, which is 40 percent faster than the A9, and more power efficient, which means the new models have the “best battery life ever” on an iPhone.

The speakers in iPhone 7 and iPhone 7 Plus are stereo – one at the bottom, and one at the top, and twice as loud as their predecessors.

As expected, the iPhone 7 and iPhone 7 Plus also ditch the headphone jack. Apple will use the Lightning port for audio. Each new iPhone model will come with bundled Lightning EarPods, and a Lightning-to-3.5mm audio adapter, so you can use your old headphones.

Apple also introduced new AirPods for wireless audio experience, which will not be bundled with the iPhone models. They pair easily with your Apple devices, thanks to the W1 chip inside new Apple devices that’s used for wireless communication. They are rated to delivery 5 hours of battery life, up to 24 hours with the included charging case that is also used for carrying them around.