Apple iPhone 7: Here’s what we’re Expecting from the Latest Flagship by Apple 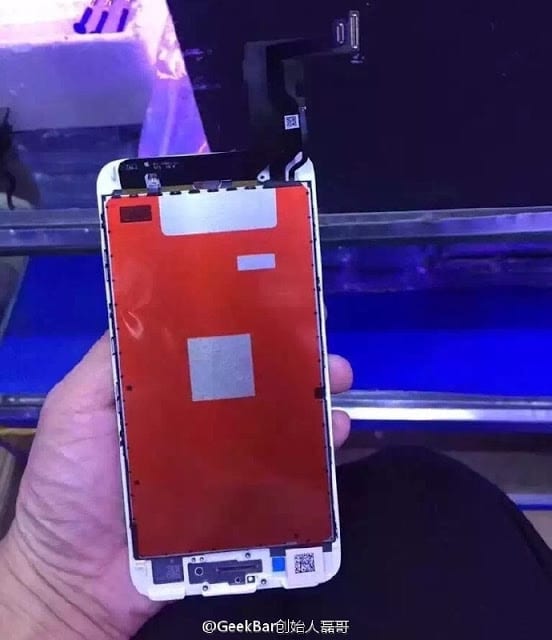 Now that the iPhone 7 launch date has been confirmed, everyone is wondering what the much talked about device would be like. On September 7, the company is all set to pull the wraps of the iPhone 7 variants and iPhone 6SE. While that’s still a mystery, rumour mills have been working full time to churn out information, whatever possible, about the upcoming device variants. We’ve put together all that information under one view to bring to you what the next iPhone would possibly offer.

Apple is believed to go against the grain and bring to users an iPhone without design changes. It’s a big deal because Apple is known to bring major design changes during the non-S year of its models. However, this year it is said to be different due to a major overhaul planned for next year that also marks the 10th anniversary of the iPhone. You can read why this possibly makes sense here.

Some leaked render clearly pointed out at a look almost similar to the iPhone 6 and iPhone 6s. Flipping it over however reveals a back that appears to have fewer antenna bands compared to the models of the past. There’s just one band on the top and bottom (that are still pretty thick) that begin from the sides (the same place as before), but bend towards the edges of the smartphone revealing a seamless look compared to past models. Also noticeable on the back, is the camera module that still protrudes ever so slightly, but is also pretty large compared to the modules on past iPhones. 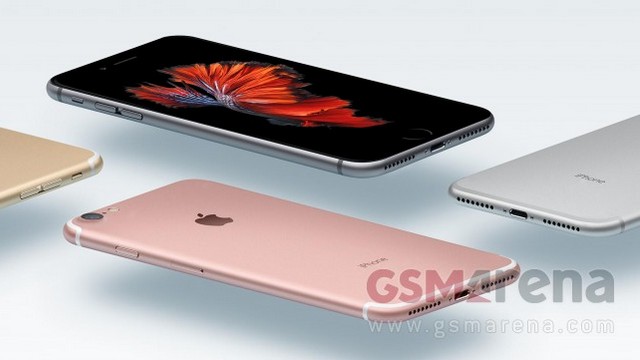 However, in terms of features and eventually affecting the design, we did hear about the missing audio jack along with a sleeker body. A leak of the iPhone 7 showed a second speaker grill, pointing out at the company’s plans to ditch the headphone plug, and add a second grill.

However, there are contradicting reports on the audio jack too. Leaked images coming from Rock Fix, a repair shop in Ganzhou, claimed that the 4.7-inch iPhone 7 will retain the headphone jack.

According to a previous report by Mac Otakara, Apple will discontinue the Space Grey option making way for a new ‘Deep Blue’ colour variant. But, soon another leak coming all the way from Italy has revealed that upcoming iPhone 7 will arrive in the same colour options like it did last year – Silver, Slate Grey, Gold and Rose Gold.

The latest reports have it that the company plans a new iPhone 6 revamp called iPhone 6SE. This is in line with some previous reports that pointed out at three variants of the iPhone. However, unlike leaked earlier, the company may continue with its usual nomenclature. We’ve already seem images of the 6SE packaging material, something we had also heard from rumours that emerged from supply chain sources. 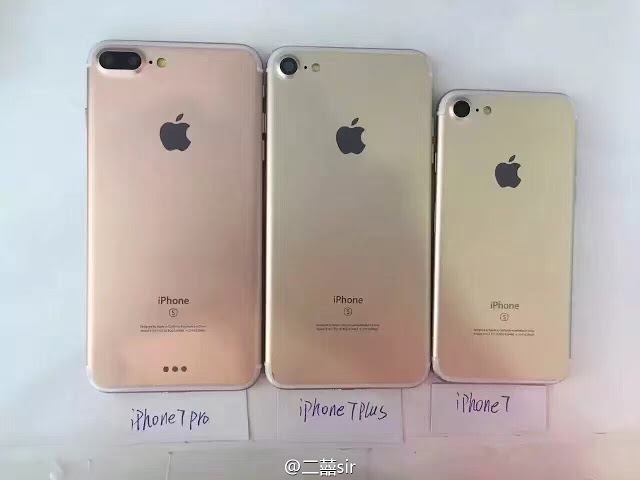 Apple is likely to bring in 4.7 and 5.5-inch displays for its iPhone 7 and iPhone 7 Plus. It may continue with TFT-LCD display technology as AMOLED displays are slated for next year. We saw a leaked display panel assembly last month showed the display and digitizer flex cables connected to the bottom of the logic board instead of top, which is quite different from what was seen in previous iPhone models.

The device is said to feature the all-new and powerful A10 chip coupled with 3GB of RAM. The most recent benchmark leaks showed a single core score of 3042 and multi-core score of 5210. And these are impressive, considering that the currently available Apple iPhone 6s scores 2,542 in the single core test and 4,427 points in the multi-core benchmark. The leaked image of the main logic board, claiming to be of the iPhone 7, was also seen. 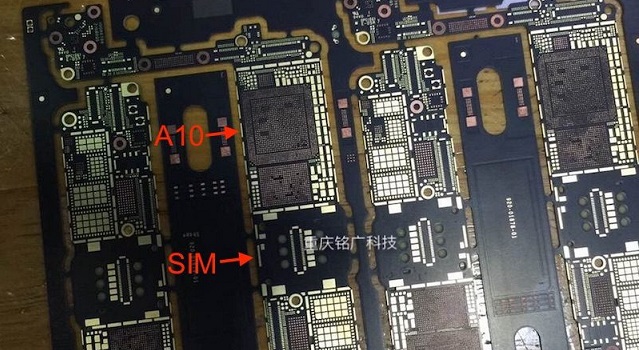 Later, an unfinished A10 chip manufactured in July was spotted online. The A10 chip is said to be manufactured by TSMC based on its 16nm FinFET WLP process. 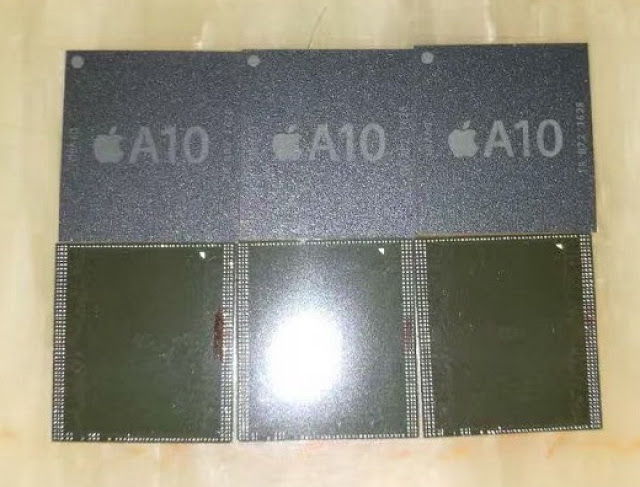 The memory chips for the upcoming smartphone had also surfaced comprising of 16GB, 64GB and the first ever 256GB. Now considering that Apple finally brought in 4K video recording last year on the iPhone 6S and 6S Plus, a 256GB variant makes sense, but a 16GB memory option? Sounds really strange. Another report claimed that Apple plans to drop 16GB and the options to remain are 32GB, 64GB and 256GB.

One of the consistent rumours has been Apple’s iPhone 7 to feature a dual-camera setup on the back. While early predictions pointed out that only the premium model in the Plus range is expected to feature this new camera setup that has already been adopted by company’s like LG (G5) and Huawei (P9). Turns out Apple probably has changed its mind mid-way in the process, as consumers reacted well with the introduction of the LG G5 and the Huawei P9 smartphones giving Apple the confidence to bring it all models. 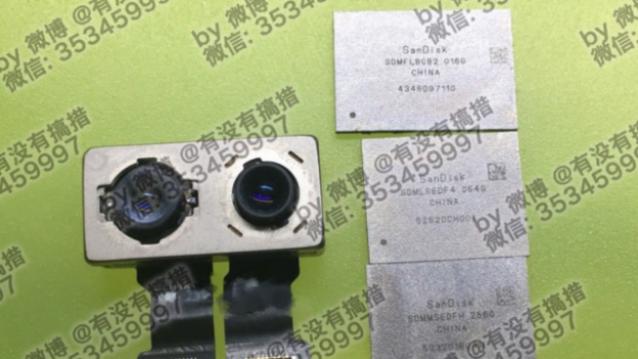 A new leak further conforming the missing audio jack claims that Apple will be bundling Lightning EarPods in the box with every iPhone 7. Furthermore, it suggests Apple will be including a Lightning to 3.5mm Headphone Jack adaptor as a bundled accessory. One can expect a resistant frame as Apple may ditch the traditional aluminum casing for “new compound materials. The device is also said to be water-resistant. Another addition could be the Force Touch Home button.  Thene there’s also faster LTE and Wi-Fi chips likely to make it to the specs sheet.

Apple is also said to be testing wireless charging technology which may be included in the iPhone 7. The battery life may be slightly better than battery life in the iPhone 6s. Another leak had suggested dual SIM trays. Rumours also point out no home button, which means Apple could be looking at using an ultrasonic fingerprint reader that can read through glass.

In terms of availability, 9To5Mac had got its hands on a detailed retail schedule from AT&T, the US mobile network. The leaked details reveal the additional working schedule for its staff, hinting at 23 September as the date or at least the week the device will go on sale. The details point out at September 9 and 23  that need merchandising reset hours. This means, according to the report, pre-orders would have been scheduled for 9 September and units could hit stores on 23 September.