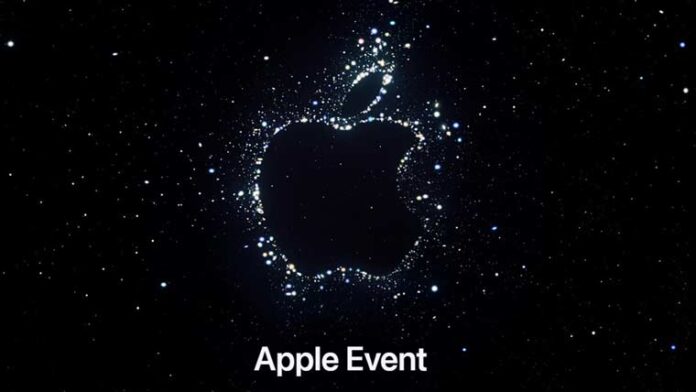 Apple iPhone 14 Series “Far Out” Launch Event: It’s now available! The “Far Out” event that Apple is hosting on September 7 has been announced. The much-anticipated iPhone 14 series will be unveiled during the Apple event, as one would think.

Apple has announced that its next event will take place on September 7 at 10 AM PT through a dedicated Events webpage and media invites (10:30 pm IST). Selected reporters will attend the event in person at the Steve Jobs Theatre. The Apple TV app, Apple.com, and even its YouTube channel will all stream it online. Recall that a few journalists attended WWDC 2022 in person.

The event’s announcement follows a previous Bloomberg story that said the new iPhone 14 series will be released on September 7.

The new iPhone 14 Max, which will replace the mini version and is likely to be the first non-Pro iPhone with a 6.7-inch screen, will be unveiled first. The “hole+pill” display for the iPhone 14 Pro models, as well as support for the Always-on-Display (AOD) feature, is expected to be the second modification. The Pro versions will also include 48MP cameras, a new feature for Apple.

Whereas the iPhone 14 Pro and 14 Pro Max are expected to use the A16 Bionic processor, the iPhone 14 and 14 Max may use last year’s A15 Bionic chipset as part of Apple’s new strategy to push its more costly Pro versions. However, this may not be popular with everyone. According to a recent study, the iPhone Pro Max may be in great demand, but the iPhone 14 Max may catch up.

Waiting until September 7 will give you the most accurate information on what Apple will reveal.