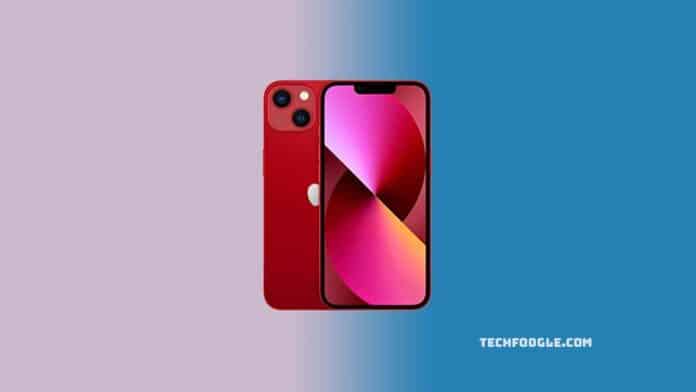 iPhone 13 Manufactured in India: Apple allegedly began trial manufacture of the iPhone 13 in India in December. And now, some four months later, the Apple iPhone 13 is officially produced in India. It was previously slated to enter local manufacturing in February of this year.

The iPhone 13 is officially “Made in India.”

According to one of the company’s contract manufacturing partners in India, the iPhone 13 is now being manufactured at the Foxconn factory in Chennai. Wistron and Pegatron are the other two manufacturers, with the iPhone 12 being the first to be produced in India.

Apple stated in a statement: “We are excited to begin making iPhone 13 — with its beautiful design, advanced camera systems for stunning photos and videos, and the incredible performance of the A15 Bionic chip — right here in India for our local customers.”

(also see: iPhone 13: The Pink Screen Problem Affects Many iPhone 13 Users; Here’s How to Fix It)

The corporation has substantially cut the period between the debut of an iPhone in India and its conversion into a locally manufactured product. The explanation appears to be how India has become one of Apple’s most important markets, with increasing sales in recent years. Apple intends to manufacture additional iPhone models in India in the future.

Analysts feel that 2022 will be a very strong year for Apple. In a statement to ET Telecom, Prabhu Ram, head-Industry Intelligence Group at CyberMedia Research (CMR), said, “The Apple iPhone shipments will potentially touch the 7 million mark in CY2022. This, in turn, would translate into a historic 5.5% market share for Apple.“

However, it remains to be seen whether Apple lowers the iPhone 13’s pricing in India. Although it will almost certainly save on import charges, the iPhone 13 will not be more expensive in India.