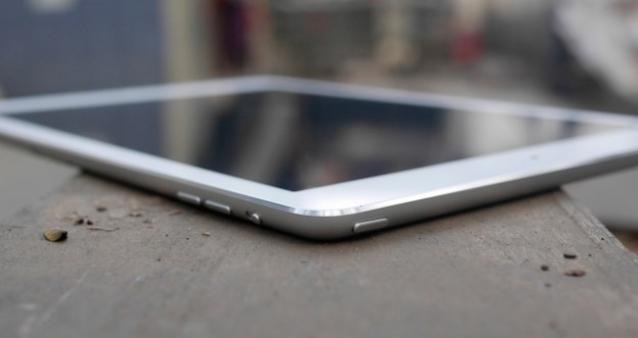 After rumours for the past 2 years, it turns out Apple’s iPad Pro might just be a reality. In fact, it could be launching as soon as November this year.

According to a recent report in Mac Rumours, quoting KGI Securities analyst Ming-Chi Kuo says, “Apple’s long-rumored 12.9-inch “iPad Pro” will enter mass production sometime in September or October, according to KGI Securities analyst Ming-Chi Kuo. The analyst also believes that the larger-screened iPad will come with a Force Touch-enabled stylus accessory for users to more easily navigate the increased surface area of the tablet.”

The report adds, “Kuo believes manufacturer Cheng Uei will receive the exclusive assembly rights of the stylus. The analyst also points to recent market feedback of Force Touch on products like the Apple Watch and MacBook as reasons that the technology wouldn’t exclusively drive big hardware sales, but Apple’s commitment to the consistency of its devices will see Force Touch implemented on all of the company’s products in the future.”

We’ve been hearing of an iPad Pro for the past 2 years now. Since 2013, we’ve been reading reports of the works on a larger more enterprise oriented tablet device by Apple.

Back then, it was reported “Apple is working on a 12.9-inch iPad with high-resolution display. The iteration will reportedly be a blend of the Macbook Pro and Macbook Air, but without a keyboard. The upcoming model is currently being called iPad Pro. Very apt, we must say.”

Later in 2014, there were reports of “Apple’s struggles with declining sales of its 10-inch and 7.9-inch tablets, which are faltering as people replace iPads less frequently than expected and larger smartphones made by Samsung and other rivals encroach upon sales.” It was also reported that “Apple has been working with its suppliers for over a year on larger touch-screen devices, Bloomberg cited the sources as saying. It is expected to introduce larger versions of its 4-inch iPhone next month, although the company has not publicized plans for its most important device.”

Recently, we heard that Apple could launch the device in September.