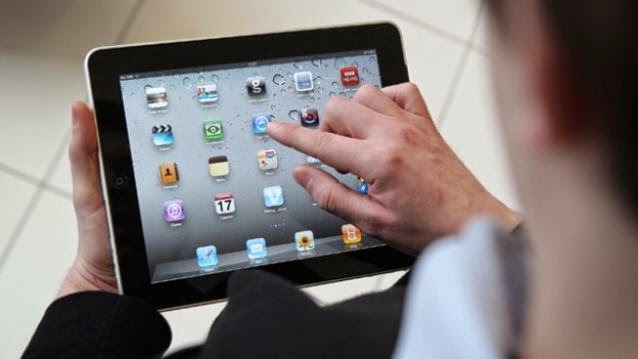 Nickel in a first-generation iPad likely triggered an allergic skin reaction in an 11-year-old boy, a case that highlights an increasingly common condition linked to the rapid adoption of consumer electronics, according to a study published by the American Academy of Pediatrics on Monday.

Dr Sharon Jacob and Dr Shehla Admani, who are both dermatologists, studied severe skin rashes afflicting the unidentified 11-year-old boy for more than six months, before discovering that his daily use of an Apple iPad may have brought on the condition.

The boy’s iPad, among the first versions of the device launched in 2010, tested positive for nickel, they said. The boy’s dermatitis improved significantly after he started using a tablet case and began avoiding known sources of nickel in general, the study’s authors said.

The dermatologists said a cover only provides coverage of the screen and leaves the back of the device exposed.

The report was the latest in a series of studies that have linked nickel content in electronics such as computers and smartphones to allergic reactions. Nickel is a common allergy-inducing metal.

It’s unclear if all iPads contain nickel, or just the first generation of the device, such as the boy’s. The researchers said other common sources of nickel exposure for children included ear piercings, clothing fasteners, dental work – which people come into contact with constantly – laptops, cell phones and toys.

Apple defended the safety of its products.

“We have found that allergies like the one reported in this case are extremely rare,” the company said in a statement. “Apple products are made from the highest quality materials and meet the same strict standards set for jewelry by both the U.S. Consumer Safety Product Commission and their counterparts in Europe.

“We rigorously test our products to make sure they are safe for all our customers,” it said.

Jacob and Admani wrote that this was the first time an iPad had been reported as a potential source of nickel “sensitization” in children.

“With the increasing prevalence of nickel allergy in the pediatric population, it is important for clinicians to continue to consider metallic-appearing electronics and personal effects as potential sources of nickel exposure,” the dermatologists said in the study.