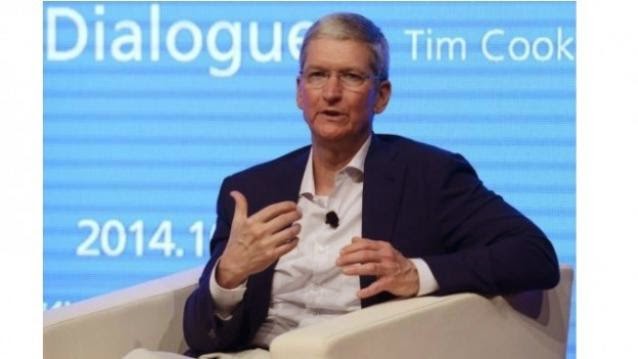 Apple Inc Chief Executive Tim Cook was quoted on Friday as saying he had “very open” talks on privacy and security with a senior Chinese official, days after a web monitoring group linked the government to a hack into Apple’s iCloud service in China.

Cook’s remarks, made in an interview to the official Xinhua news agency, were his first public comments since meeting Vice Premier Ma Kai in Beijing on Wednesday.

Cook’s China visit has been overshadowed by a report by web monitoring group Greatfire.org, which alleged the Chinese government was involved in a sophisticated and widespread hacking attack on Apple users in China.

The government has strongly refuted the allegations, saying it has been a victim of hacker attacks itself.
The Xinhua interview made no mention of the attack. Asked about the Greatfire report, Apple has said it is “aware of intermittent organized network attacks” without giving details.

In the interview, Cook said one of Apple’s priorities for China was to introduce the newly launched Apple Pay mobile payments service, and that he was still seeking to understand the steps needed to do so.

“China is a really key market for us,” Cook told Xinhua. “Everything we do, we are going to work it here. Apple Pay is on the top of the list.”

Chinese media had reported last month that Apple was close to a deal with China’s Unionpay card network to launch Apple Pay in the world’s most populous country.

Cook, on a four day trip to China, attended a meeting of the advisory board of Tsinghua University School of Economics and Management on Friday. He had also toured a factory of supplier Hon Hai Precision Industries in central China.