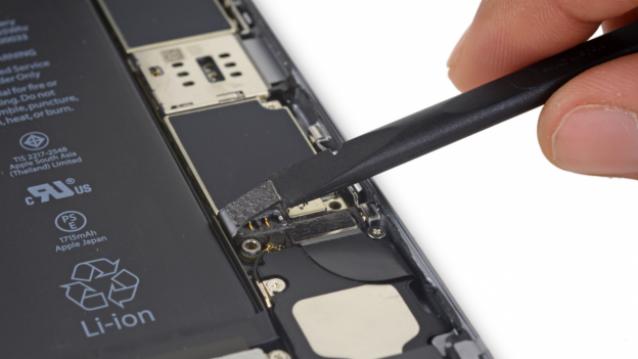 Apple’s initial lawsuit was a relatively narrow one focused on whether it violated a contract with Qualcomm by helping regulators that were investigating Qualcomm’s business practices. But the new filing expands Apple’s claims and seeks to stop Qualcomm’s longstanding business model using a legal theory based on a ruling last month.

The U.S. Supreme Court made it harder for manufacturers and drug companies to control how their products are used or resold, ruling in May against printer company Lexmark International Inc in a patent dispute over another company’s resale of its used ink cartridges. In a Tuesday brief seen by Reuters, Apple took aim at Qualcomm’s practice of requiring customers to sign patent licence agreements before purchasing chips, known in the industry as “no licence, no chips”.

The licence allows Qualcomm to take a percentage of the overall selling price for iPhone in exchange for supplying the modem chips that let phones connect to cellular data networks. Apple argued that the ruling involving Lexmark showed that Qualcomm was entitled to only “one reward” for its intellectual property and products.

Qualcomm should be allowed to charge for either a patent licence or a chip, but not both, Apple argued. Apple wants to be able to buy chips without signing the licence agreement that forces it to pay a part of the overall iPhone sale price.

Apple also asked the court to stop lawsuits that Qualcomm had filed against Foxconn Technology Group and three other contract makers that assemble the iPhone on Apple’s behalf and are the formal buyers of Qualcomm’s chip, as is standard in the electronics industry.

Apple argued that the court fight should be between Apple and Qualcomm.