App usage soars in the US, as mobile web activity shrinks further 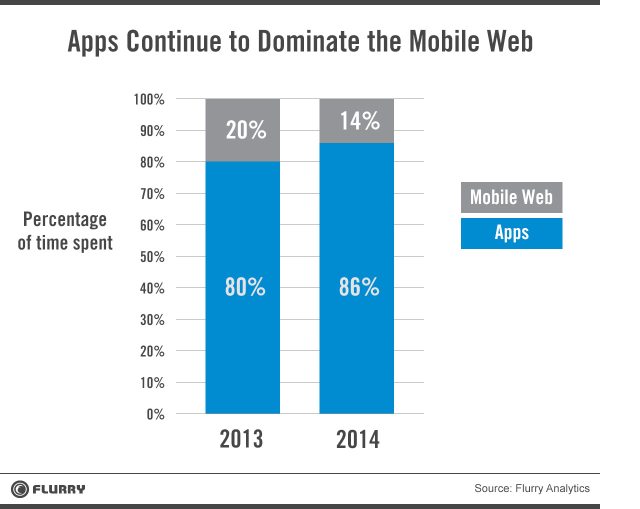 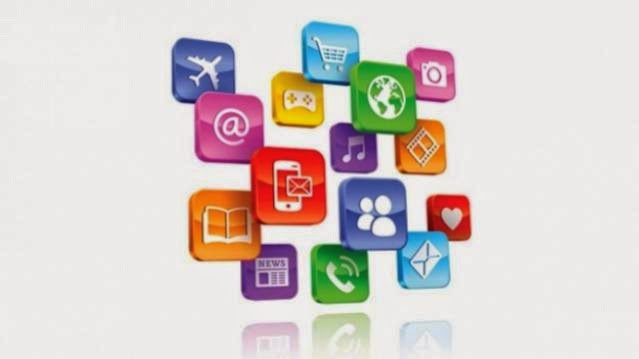 There’s little to no doubt that apps are the next big platform for developers, users and content creators. It used to be that in the early years of this century (not that long ago, when one thinks about it), browser and the web dominated Internet activity, but now thanks to the rise of smartphones since 2007, standalone apps are seeing unprecedented growth in usage statistics the US and other markets.

But now the browser, once the front door to the Internet, is just another app vying for your time. App analytics firm Flurry which has been tracking app usage ever since they came to the fore with the first iPhone has released a new report, which shows that the average time spent on mobile web by a smartphone user has fallen dramatically. “Time spent on the mobile web continued to decline and averaged just 14% of the US mobile consumer’s time, or 22 minutes per day. The data tells a clear story that apps, which were considered a mere fad a few years ago, are completely dominating mobile, and the browser has become a single application swimming in a sea of apps,” the report said.

On the whole, users are spending more and more time on their mobile devices. An average user is said to spend 2 hrs and 42 minutes per day up from 2 hrs and 38 minutes per day in March of 2013. App usage accounted for a massive 86 percent of this time. Gaming apps dominated as far time spent is concerned, accounting for nearly a third of it. Social and messaging apps increased their usage share from 24 percent to 28 percent, showing the significance of Facebook buying WhatsApp. Facebook itself makes up around 60.7 percent of the whole social and messaging category, while the individual share of WhatsApp has not been revealed. Productivity apps doubled in usage to 4 percent, while entertainment and utility apps stayed steady with 8 percent share each. YouTube dominated the entertainment category, accounting for 50 percent of all usage.

These statistics are only for the US smartphone market, but we can see the pattern emerging in other markets too. In growth markets such as India, mobile web usage will have a higher share, since the apps market has not reached maturity here.

But there’s one more thing to be considered here. Apps are not just hitting smartphones these days. Every major app wants to have a presence on the PC platform as well be it Windows or Mac. So soon we could see a decline in the overall usage of the browser and this could heavily impact web usage. That’s the web mind you and not the Internet, which will still enable the increased apps appetite.