Android Wear-based LG G Watch goes on sale: Should it be your first smartwatch? 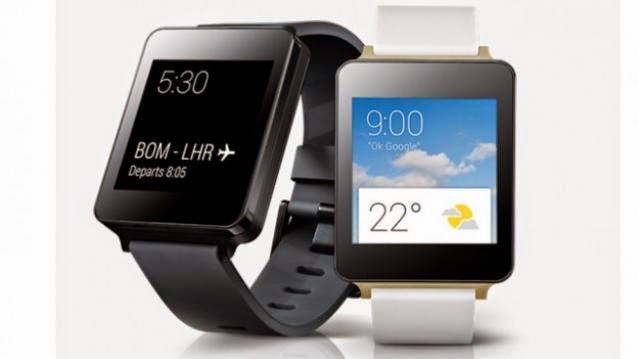 Android Wear is finally available in India as Google starts shipping the LG G Watch from today. Within a couple of hours of announcing the new watch at the I/O, it went live on the Play store and Google promised to start shipping the wearable from July 8. Looks like it has received an overwhelming response as the G Watch page now reads, “We are out of inventory. Please check back soon.”

Priced at Rs 14,999 the G Watch will be the first Android Wear device to be available, followed by Samsung’s Gear Live later this month. The Moto 360, which looks like the best of the lot, is still to come.

But do these launches mean it’s time for your first smartwatch? Or rather should you wait before taking the plunge? We can answer that with another question: How do you use your smartphone? Really, a smartwatch is only as great as the apps on your phone.

For many the basic features in a smartphone are the only ones they use i.e. a reliable data connection, messaging apps, a few emails, contact syncing and phone calls. For these basic tasks a smartwatch is really just a device too many. Android Wear-based devices are not suited for those who find no use for all those apps in the Play Store. If you don’t download apps, there’s really very little you can do with a smartwatch.

A smartwatch is meant to show you alerts for incoming emails and messages, but Android Wear is more than just that. It uses Google Now data to show you relevant contextual alerts about the traffic, your travel details etc. It makes sense for a person on the move, who may not have the time to pull out their phone for every beep.

A smartwatch makes deleting those annoying forwarded emails easier, and one could argue that with the phone away, and just a small watch on your wrist, there are fewer distractions too. For example, your Android Wear device will auto-sync with your phone and show you the same recipe on your wrist, so you can cook without constantly peeking at your phone. Using voice-based commands you could reply to a message and get back to the task at hand.

Power users who fully utilise the automation features that app such as IFTTT offer, will love Android Wear. With a dedicated channel for Android Wear, you can set your watch to trigger off actions in certain contexts. While the fact that you can wear it around your wrist will obviously be beneficial for those tracking their exercise routines.

A smartwatch presents a whole lot of opportunity for developers to build innovative apps. However, at the moment, it’s very much dependent on your smartphone and if your app drawer is not so full, then you are not quite ready for a smartwatch.