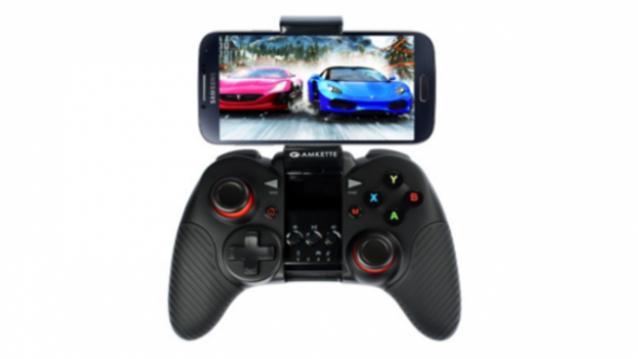 In New Delhi today, Amkette announced the launch of their new and improved, Amkette Evo Gamepad Pro 2 (quite a mouthful) controller for Android phones, which is claimed to be an upgraded version of their “raging success”, the Evo Gamepad Pro.

The Amkette Evo Gamepad Pro 2 features an enhanced clamp spring to provide a safer and more convenient dock for your phone and also boasts of an improved trigger and bumper design with softer control buttons. The device will also provide volume control buttons and a play/pause button on the controller itself. There is also a switch that will toggle between mouse and gamepad modes, allowing a user to control the phone’s UI using just the gamepad. As an added bonus, the device will also feature a sleep-mode, which will put the gamepad to sleep after eight minutes of inactivity, minimising battery drain.

As far as specifications and the price are concerned, the device houses a 400mAh battery, connects via Bluetooth 3.0 and has an operating range of 10m. The device will be priced at Rs.2,899 at launch and available exclusively on Amazon.in.

In terms of design, the Evo Gamepad Pro 2 features a design very similar to its predecessor, which uses a layout not unlike that found on an Xbox 360 controller.

Amkette claims that India was home to at least 120 million mobile gamers last year and are have high hopes for this second iteration of their gamepad.