Alleged images of Galaxy S6 surface, poses next to the S4 and S5 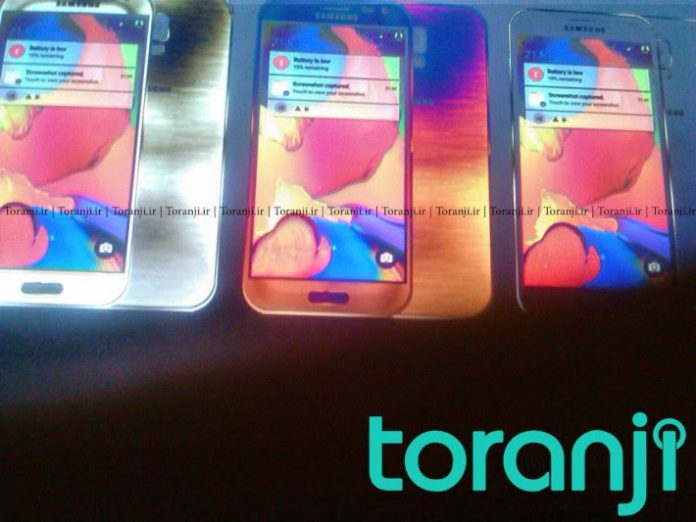 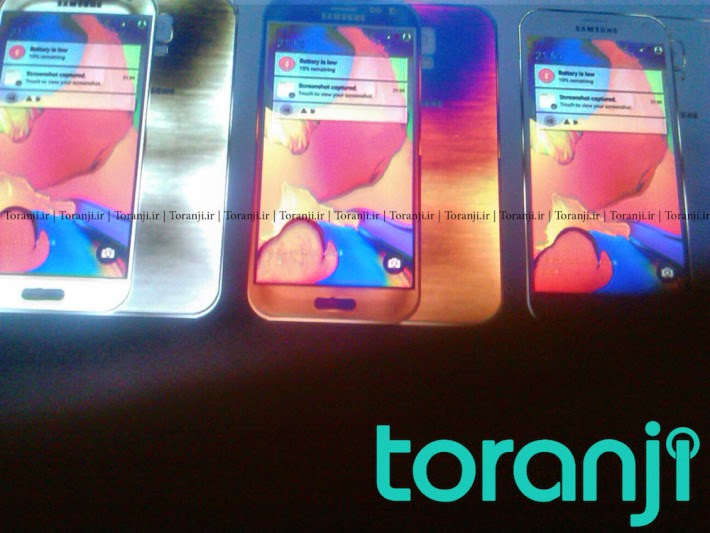 The beginning of each year usually presents a slew of new device announcements, and 2015 will be no exception. Following our coverage of CES 2015, we should begin to start seeing new flagship devices from all of the top device manufacturers. In the past, Samsung has grown accustomed to
releasing their flagship device towards the start of the new year, given the Galaxy S5 launched in February 2014 and the S4 launched in March 2013. We’re expecting a similar timeframe for the launch of the Galaxy S6, so it’s normal to see leaked photos a few months ahead of time.

Earlier today, Iranian tech site Toranji leaked alleged photos of the upcoming Galaxy S6. Though the photos aren’t the best quality, we see the alleged Samsung flagship posing next to S4 and S5, as well as shots of the back and front of the device. 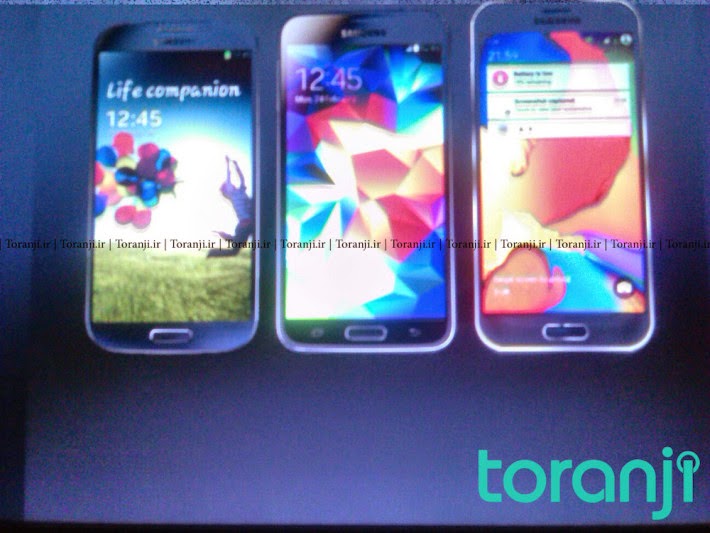 Taking a look at the photos, we see the supposed Galaxy S6 with the screen turned on next to both the Galaxy S4 and S5, which gives us a pretty good look at the device’s potential size. Additionally, though the photos aren’t the most clear, the S6 looks to be sporting an aluminum or metal chassis, as well as multiple different color options. We’ve heard rumors of the company bringing a metallic design to the phone, so these images seem to fit right in with previous claims. It also looks to be slightly bigger, but to be honest, this device is very similar to both other flagships in the photos.

The fact that the devices look so similar to one another warrants question, though. Not too long ago, we heard reports of Samsung
supposedly “starting over” with the Galaxy S6 due to poor sales of the S5. So if these photos are legitimate, it seems as though the company isn’t really starting over with their newest handset — they are just adding a metal jacket and a few other refinements to the mix.

Of course we can’t vouch for the legitimacy of these images, so be sure to take these photos with a grain of salt. We’ll be on the lookout for more information regarding the Galaxy S6, and we’ll keep you updated if we hear anything. Are you looking for more Galaxy S6 rumors? Take a look at our big Galaxy S6 rumor roundup.

What are your thoughts on the alleged S6 photos? We’d love to hear from you in the comments.