Alcatel launches OneTouch Flash for Rs 9,999: A look at 5 other ‘selfie’ phones 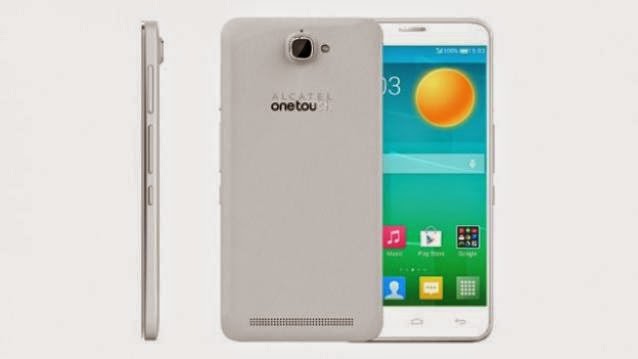 Alcatel is the most recent company to join the club of selfie phone makers. After Panasonic and Lava, Alcatel has launched its budget OneTouch Flash for Rs 9,999.

Sony pipped it to the post with the Xperia C3 and Microsoft has also followed with its Lumia 720, phones that are bound to figure on every narcissist’s bucket list. We’ve also seen budget selfie phones like the recently launched Lava Iris Selfie 50.

All we need now is for Samsung to join the bandwagon and we can officially put selfie-phones into a separate category. That would also help in identifying people who are buying these phones and give us enough time to dispatch them off to Mars, because selfies look better with low gravity. We have to put a stop to this madness.

Yes, we get it. Selfies are big. Everyone wants a piece of your duckface, but can we please focus on useful innovations instead of releasing phones with 5-megapixel and 8-megapixel front cameras? FYI, phones like this already exist by the dozen (Gionee Elife E7, Xiaomi Mi 4, being cases in point), so it’s not a novel idea by any stretch of the imagination.

Surprisingly, some devices who call themselves ‘selfie phones’ don’t even come with a front flash, and it’s just the usual slightly higher sensor module on the front.

Let’s take a quick look at some of the other selfie phones:

Oppo N1 mini: Oppo’s N1 mini can be termed as the true selfie phone with its swivel camera that can be used as a front as well as a rear camera. The smartphone sports a 13MP rotating camera with an LED flash, similar to the setup seen on the premium Oppo N1. The camera is capable of shooting 24MP photos using the Ultra HD mode, a technology similar to Nokia’s PureView tech. The rotating camera also means all the settings and camera features are applicable to your selfies too.

Sony Xperia C3: Sony launched the Xperia C3 with a 5MP front shooter and a 25mm wide lens. The camera supports Superior Auto mode, but lacks autofocus. There’s an LED flash on front too. It comes with auto scene recognition function that works with HDR and LED flash for optimal lighting when you click a selfie. Sony also adds AR effect on the front camera. Users can also access Portrait Retouch camera app to style close-ups in real-time and post pictures in one of 10 different frames. The back camera, which is clearly not the focus here, is an 8MP unit with LED flash. Specs-wise, it comes with a large 5.5-inch HD IPS display, quad-core Snapdragon 400, 1GB RAM, Adreno 305 GPU and 8GB onboard storage. The device is now available for around Rs 18,000.

Nokia Lumia 730: The smartphone has a 5MP front camera with support for full HD recording and has wide angle lens. There’s a 6.7 MP rear camera, with 4x Digital zoom, and LED flash. This smartphone aimed at selfie-lovers has a 4.7-inch screen with 720 p resolution Corning Gorilla Glass 3, and pixel density of 316 ppi. The processor is a Snapdragon 400, quad-core clocked at 1.2GHz. The smartphone has 1 GB RAM, 8GB storage space and supports microSD with 128GB as the limit. Like the 830, there’s also free cloud storage space of 15 GB. The battery is 2220 mAh and Microsoft is promising 17 hours talktime on 3G on this device. This smartphone does not support wireless charging.

Lava Iris Selfie 50: Earlier this month, Lava launched the new affordable smartphone which targets the ‘selfie’ lovers and calls it Iris Selfie 50. Priced at Rs 7,999, the smartphone sports a 5MP front facing camera with auto-focus and an LED flash unit to make it appealing for their selfie-enthusiast crowd.

There is an 8MP rear camera with dual LED flash and it also supports HD recording. The new phone from Lava features a 5 inch display with an IPS LCD screen and has a resolution of 854×480 pixels. The smartphone has 1.2GHz quad-core processor paired with 1GB of RAM. The chipset used in the Lava Iris 50 has not been mentioned. Its runs on Android 4.4.2 KitKat and supports a dual-SIM configuration.

Panasonic Eluga S: As a part of its Eluga range, Panasonic has launched the new Eluga S smartphone at a price of Rs 11,190, and has begun marketing it as a ‘selfie’ phone. The selfie phone comes with a 5-megapixel camera. The company has also introduced a featured called Blink Play that allows users to capture selfies without having to go to the trouble of tapping on the camera button. Users can just tap anywhere on the screen, after which a timer appears for you to pose and then the selfie gets clicked on its own. Some of the other features include 5-inch HD IPS display, octa-core processor clocked at 1.4GHz, 1GB RAM, 8GB onboard storage, micrsoSD card slot and 2100 mAh battery.