Airtel to charge extra for VoIP calls: Is it time to bid goodbye to free services? 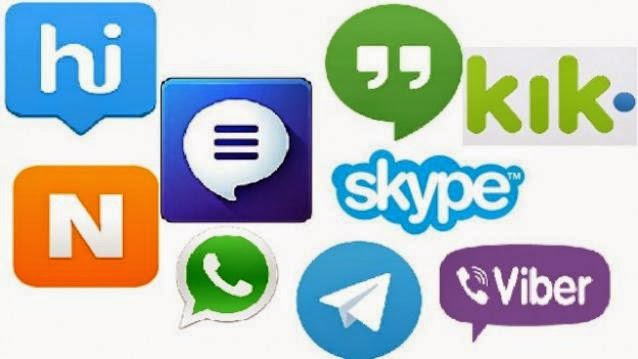 Today, we have a plethora of messaging and voice apps

With the increasing popularity of instant messaging apps like WhatsApp, Viber and others, telcos had started making noises against the accelerated adoption of these services. Throughout the year, they’ve have been quite vocal about their dislike for over-the-top (OTT) services, who have been cannibalizing their main revenue streams – calls and SMSes.

Earlier this year, there was buzz around a fee being imposed on popular OTT services, but the matter fizzled out soon after TRAI rejected telcos’ proposal to do so. In a bid to make up for the losing revenue, Airtel has decided to play the evil Santa this Christmas and announced an extra charge on making VoIP calls. This means, you will have to pay an additional sum for any calls you make over the Interne using services like Skype, Viber and so on.

Airtel’s website now states, “All Internet/data packs or plans (through which customer can avail discounted rate) shall only be valid for Internet browsing and will exclude VoIP (both incoming/ outgoing). VoIP over data connectivity would be charged at standard data rates of
Rs.0.04/10KB (3G service) and Rs. 0.10/10KB (2G service),” Airtel said on its website.Based on these standard rates, each GB of data for VoIP on 3G network will cost about Rs 4,000 and on 2G network it will cost about Rs 10,000.

Telecom Minister Ravi Shankar Prasad has said that the government is looking into the plans  released by Airtel. Meanwhile, the Twitterati has gone all out condeming Airtel for the act.

If you dont agree with Airtel proposing to charge extra for VoIP and breaking Net Neutrality. RT this with hashtag #boycottairtel
— Vijay Anand (@vijayanands) December 26, 2014

Wonder why #Airtel took a bad move on hiking data charges & now to charge for #VOIP data. Feeling backstabbed for being a long-term user :'(

On the other hand, the whole fuss is about telecom companies finding it hard to increase revenues, considering  SMS usage has dropped and so has calling, to some extent. With increasing number of data plans, most users don’t have to pay extra for SMSes or even calls, thanks to the free services OTT services. Telecom companies have begun to realise that it has come at a high cost.

However, mobile service providers do not offer the same services as the likes of WhatsApp. Earlier this year, OTT players had alleged that telecom companies want regulation when it suits them and previously when
VAS was booming, these same telcos urged OTT players to not go to TRAI over regulation in this field. So in a way, the tables have now turned.

In a nutshell, telecom companies have been slow to react to a massive sea change in mobile usage, not being wise enough to see where the market was trending towards. It could be called vision paralysis, but that’s not a consideration for the average user. The whole debate was who would pay for the extra charges and as expected they are passed down to consumers. For users, the big question – will we have to pay to use Viber or Skype. Looks like, the answer could be ‘Yes’, unless the government decides to intervene and find a middle ground.

With Airtel already taking the first step by charging extra for VoIP, we wouldn’t be surprised if others soon follow suit. So, does this mean, it is time to bid goodbye to the free services like Viber, WhatsApp and the likes?