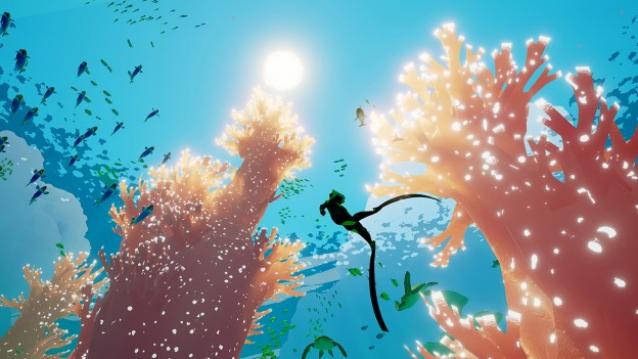 Like Journey, Flow and Flower before it, Abzû is a spiritual adventure of discovery. Not much is revealed before you begin your voyage of deep water diving, so expect to be left to your own devices as you explore the game’s unfathomable depths.

Controls are revealed in an almost nonchalant manner as you progress through the game, while its systems are very simplistic. Honestly, there’s not much to do than occasionally play as you would a 3D hidden object game, interact with an object and simply swim forward. But as with all great experiences, it’s about the journey and not the destination, and Abzû’s journey is quite a wonderful one, even if it is a little brief.


It was only after playing through the game once that I did about five seconds research on Google on the origins of the game’s exotic sounding title. “Abzu” is a combination of two Sumerian words: “ab,” the ocean, and “zu,” deep. Put those two together and you have “Abzu,” or primeval sea in the Ancient Mesopotamian religion. 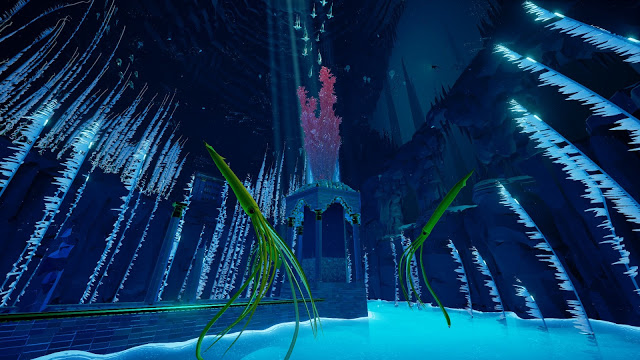 It was believed that this sea separated the underworld from the earth, and that all fresh water originated from this source. However, “zu” can also be interpreted as “to know,” and the creators at Giant Squid Studios want you to do exactly that: acquire wisdom by navigating Abzû’s infinite depths.

Abzû’s immediately striking aspect is its visual approach, which is the exact opposite of something like Inside. In stark contrast to Playdead’s minimalist, almost monochrome approach, Abzû sports a colour palette which can probably be used to calibrate your monitor or TV. 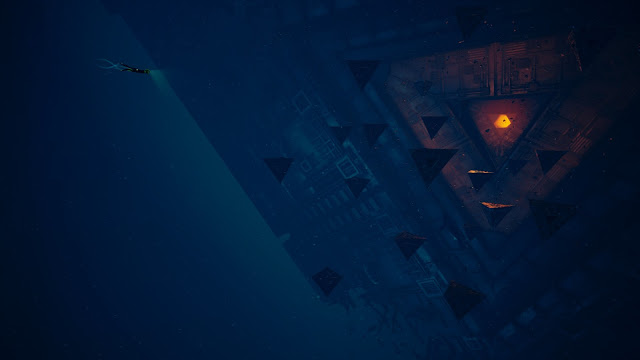 Expect vibrant blues, greens and various shades of purple and orange — all accentuated by a lighting engine which brings the game’s ocean, sea creatures and flora to life. Watching the ocean floor get lit up by the sun’s rays never gets old. Abzû’s visual style should come as no surprise, however, since Giant Squid Studios founder is Matt Nava, the art director of Flower and Journey. 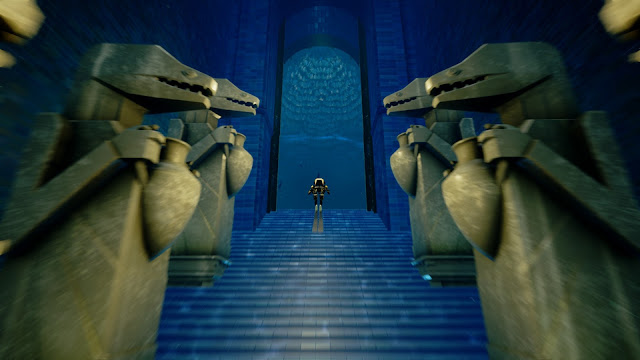 Austin Wintory’s accompanying musical score is fantastic as well — although it can occasionally take over the experience entirely. It does add tremendous value, however, conveying a wide range of moods, from pure elation and urgency to danger. 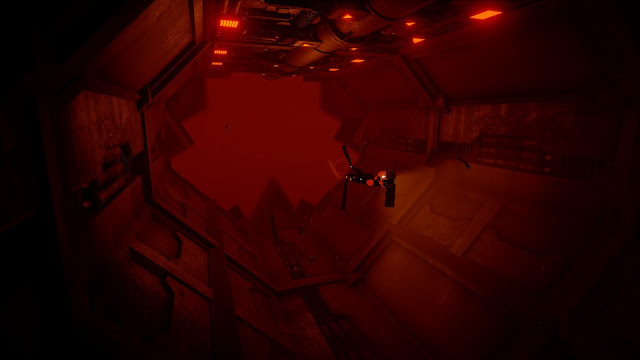 In Abzû, your exploration is defined by the game’s audiovisual dynamics. The game sees you journey from one type of environment to the next, ranging from clear seas to colourful ocean beds to ancient ruins and places of immense danger. 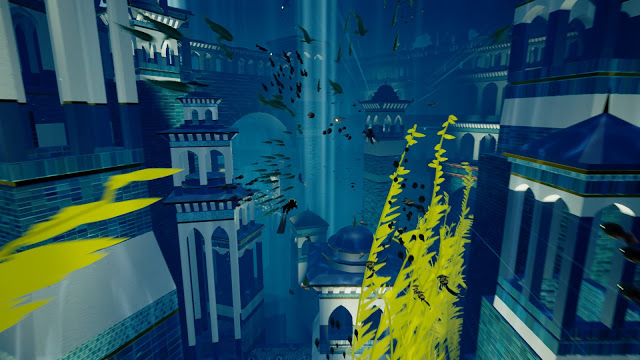 The game incorporates supernatural/spiritual elements as well for that one-hundred-percent transcendental experience. Despite the promise of unhindered exploration, Abzû remains a linear experience — while you can ride various fish and sea creatures, get into their heads using meditation statues and generally flop around in the water a lot, there are limits to this game’s “infinity.” 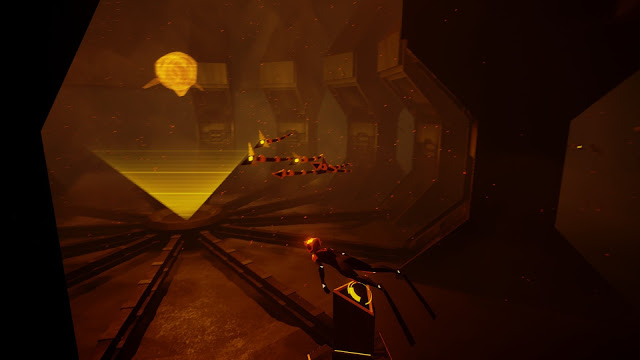 But it is in these aspects, such as meditation, exhaustive exploration and riding various sea creatures where the game’s longevity is prolonged. There’s no doubt that a majority of players will think twice before dropping Abzû’s asking price (particularly on console) for a journey that lasts a mere ninety-odd minutes, but play this game once, and you’re likely to want to experience everything that you’ve missed. 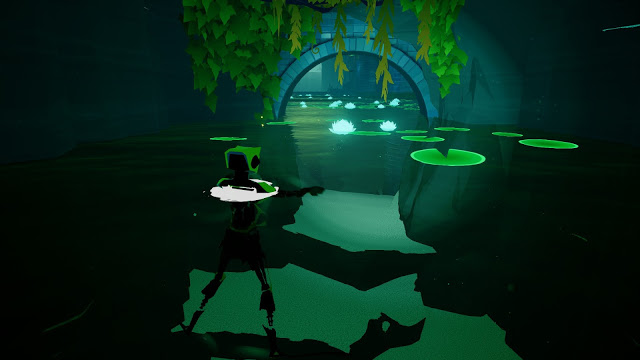 Abzû is available on Steam for Rs 565 and the PlayStation Store for Rs 1,664. Yes, the pricing is sort of steep for a movie-length gameplay experience. But if you play games at all, you’re likely to find more Zen moments inhabiting the minds of fish in Abzû than whilst seated uncomfortably on a yoga mat mumbling incantations.