9 Things to Do Before Installing Android 8.0 Oreo

Prepping your Pixel or Nexus device for the Android 8.0 Oreo update could go a long way toward preventing problems and serious headaches.

Google’s Android O update is out of beta and the upgrade, now known as Android 8.0 Oreo, is available for select Nexus and Pixel devices including the Pixel XL and Nexus 5X.

Android Oreo delivers a long list of improvements to Nexus and Pixel devices. It also, as we’ve learned, has brought problems to some Nexus and Pixel owners. The list of problems is short but we expect it to grow as the roll out picks up speed in the days ahead.

Google’s new operating system will improve your device in a variety of ways. New emojis, Autofill, Picture-in-Picture, and various performance tweaks make it an extremely tempting upgrade. Most of you will want to install Android Oreo on your phone or tablet. But just make sure you do some prep work first.

The unpredictable nature of major OS upgrades is precisely we recommend preparing yourself, and your device, for Android 8.0 Oreo. There’s no telling what will happen once you begin the download and installation process.

To assist you we’ve put together a game plan that takes you through everything we usually do before we install new, official Android software on our devices. We took these steps before we downloaded Android Oreo and the software is running fine (so far) on the Pixel and Nexus 5X.

1. Get Familiar with Android Oreo’s Changes 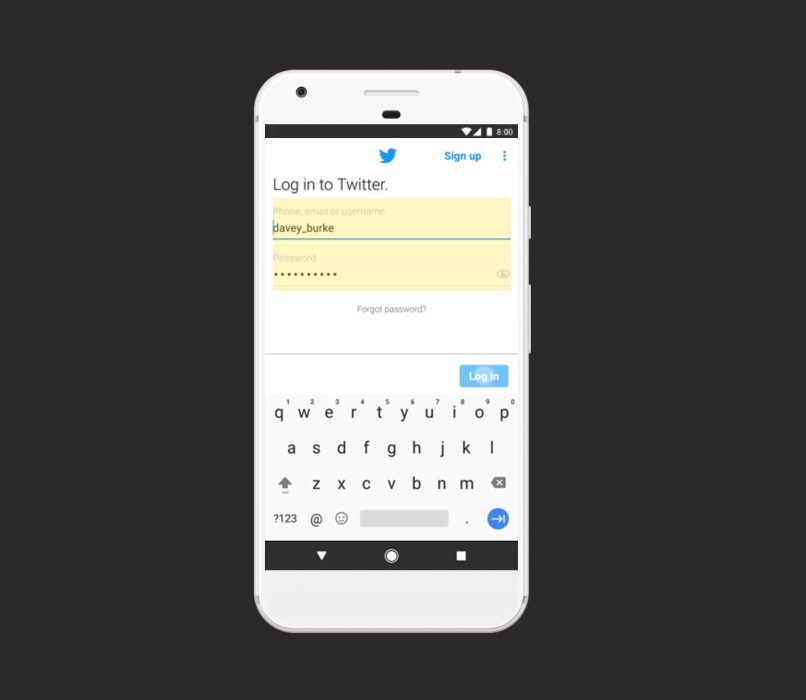 If you avoided the Android O beta and/or you haven’t dug into Android Oreo’s many features and changes, make sure you do that now, before you install the software on your phone or tablet. This way, you won’t be caught off guard.

Google’s latest update comes with a ton of changes. Some of these are extremely visible, others are much smaller and harder to find.

If you didn’t use the Android O beta on your Nexus or Pixel device you might not have a firm grasp on the differences between Oreo and Nougat. We encourage you to get comfortable with those changes before you make your move.

2. Make Sure You’re Backed Up 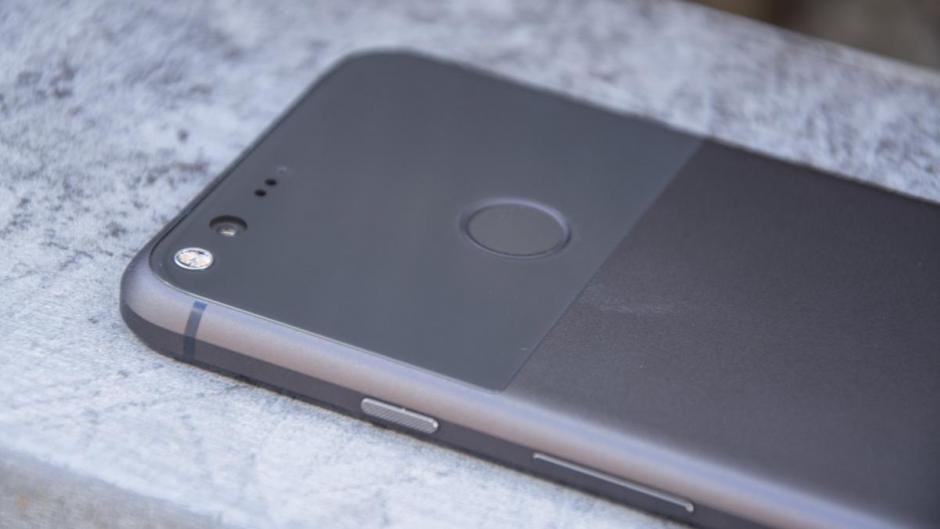 Before you install Android Oreo you’ll want to make sure all of your important files are backed up properly. You probably won’t lose anything during the transition from Nougat to Oreo but there’s always a chance something goes wrong.

This could take you some time depending on your setup but you’ll first want to ensure that Auto Backup is turned on for all of your important data.

If you aren’t sure how to proceed, Google offers in-depth Auto Backup tutorials to help keep your files safe from harm.

If you need additional help, we’ve put together some tutorials that will show you how to properly backup Android and how to automatically backup photos on Android.

Dig into those, double check your files, and then proceed with your Android Oreo update.

3. Have Your Login Info Handy 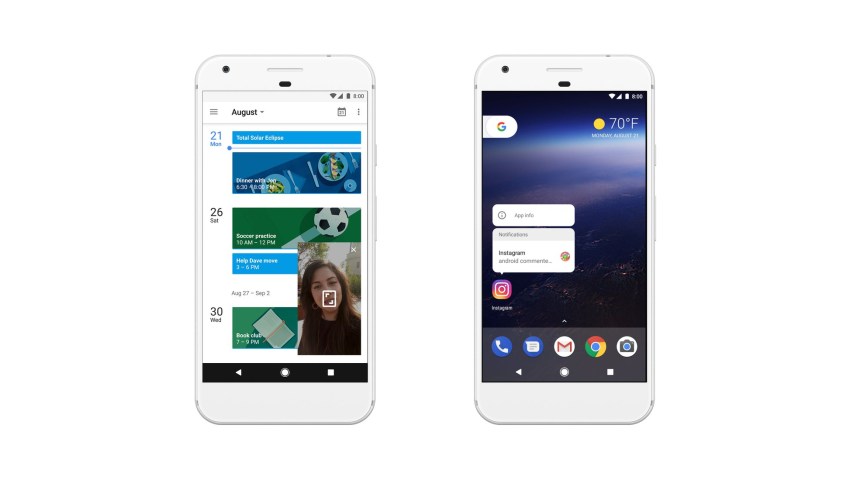 There’s a chance your Android 8.0 Oreo installation will log you out of your various apps and services so make sure you get your login info together before you start the download.

If the update logs you out of your most important apps and services and you don’t know your login information, you might find yourself wasting time logging back in. This could delay work projects at work or school.

If aren’t sure you know all your login information or you haven’t had to login to Google or any other apps or services in awhile, make sure you track down your user names and passwords.

This way you can login (if you need to) and get to using your most important software right away. 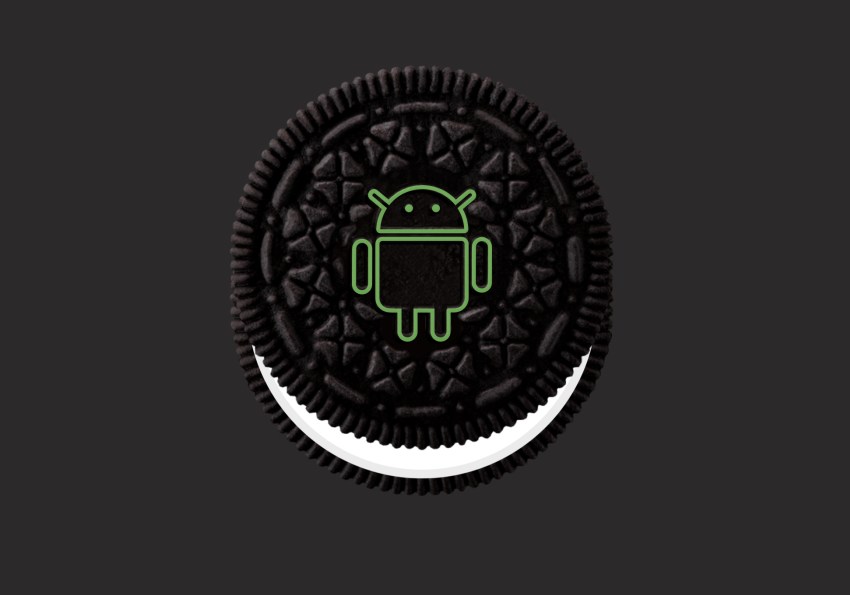 If you own an older device like the Nexus 6P or Nexus 5X it might be a good idea to dig into Android Oreo feedback before you install.

Use this time to acquire feedback about the Android Oreo update for your device. This feedback could alert you to potential benefits and problems with your version of Android 8.0.

We’ve also put together some feedback about the Nexus 5X’s Android Oreo update and it could help you decide when to install Android 8.0.

Some of might want to hold out and wait for long term feedback to arrive. We should see tons of information about Oreo’s performance emerge during the next couple of weeks so you’ll want to keep your ears to the ground as we push into the fall. 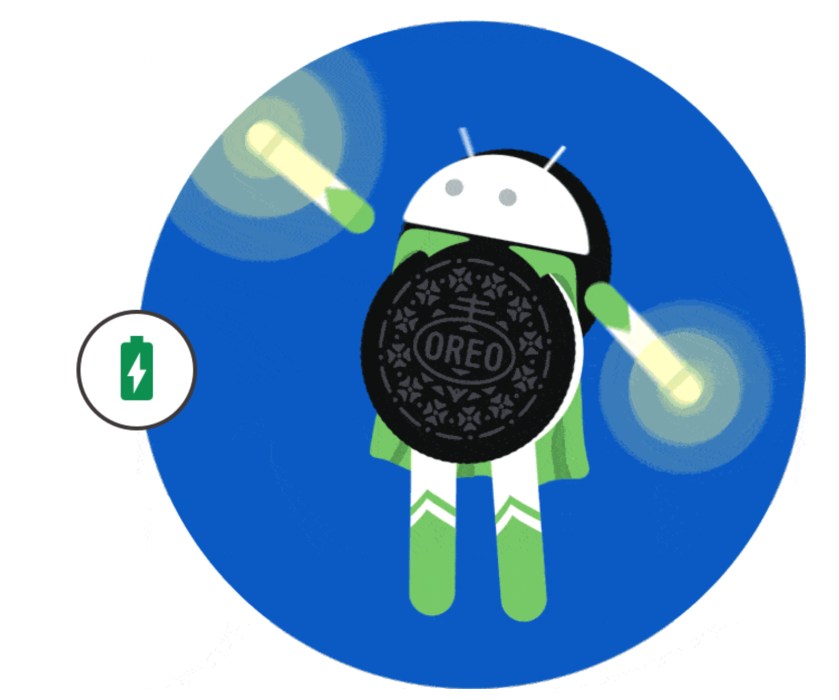 There’s a chance you’ll run into problems with your version of Android Oreo so you’ll want to have a list of fixes bookmarked.

Google’s beta squashed a bunch of problems but issues have slipped into the final version of Android 8.0 Oreo. Problems aren’t limited to a single device. They’ve been found on every single compatible Nexus and Pixel device.

Before you download Android Oreo you’ll want to track down fixes for potential bugs and issues. Our list of fixes for common Android problems is a great place to start as it offers fixes for annoying issues like battery drain, broken Wi-Fi and busted Bluetooth.

If you can’t find a fix there, take a look at the Nexus Help Forum and our list of resources for Android Oreo problems.

Google will probably roll out a bug fix update or two but those releases will be sporadic. You’ll likely be on your own for awhile so you’ll want to be ready.

6. Check In With Your IT Department 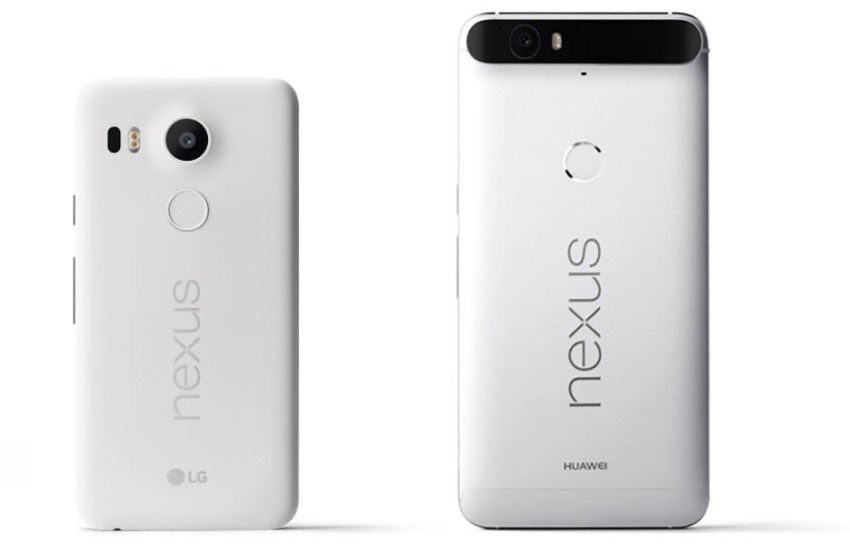 If you currently use your Pixel or Nexus device for work, you might want to check in with your IT department (if you have one) before you install the Android Oreo update.

Enterprise problems are extremely common after major Android releases and there’s a chance Android Oreo will cause problems with your apps and services.

If you’re lucky, your co-workers in IT have been using the Android O Developer Preview and they’ll be able to provide you with valuable feedback about the update and its performance.

If you don’t have an IT department, it might be a good idea to check in with a knowledgeable co-worker that’s currently using Android Oreo.

You might also check the official forums of the app or service, if they exist, to see how others are faring on Android 8.0. 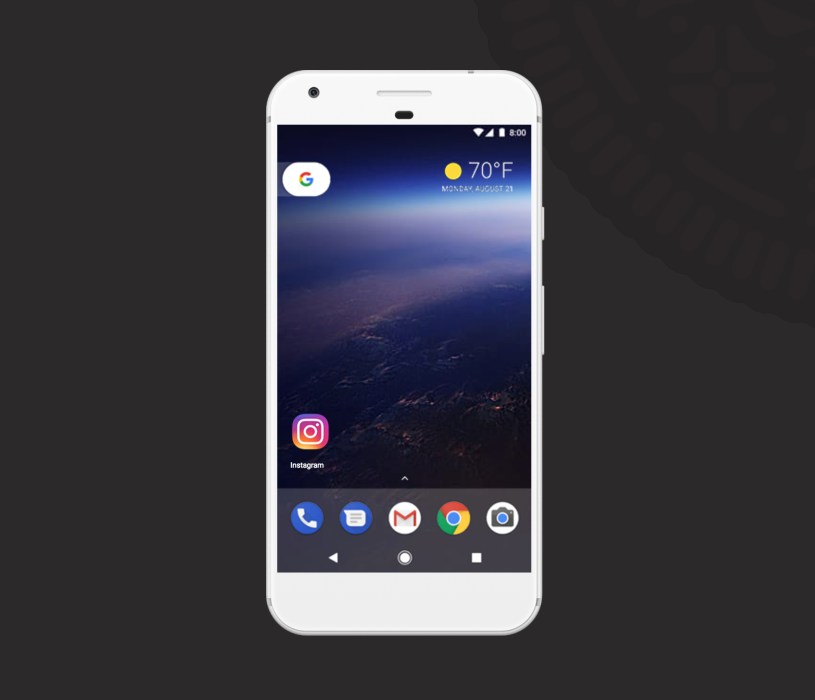 Before you install the Android Oreo update on your Nexus or Pixel we recommend checking the Play Store for app updates.

If you don’t have automatic updates turned on, and you’ve fallen behind, you should dig into the latest updates.

The latest updates for your apps and services could bring support for Android 8.0 Oreo and valuable bug fixes for potential issues with the new operating system.

Before you install an update, make sure you read app reviews from Android Oreo users. They might alert you to benefits or, more importantly, potential problems.

We should see a steady stream of app updates as we push away from the Android Oreo release date so make sure you keep an eye out.

8. Look Into the Downgrade Process 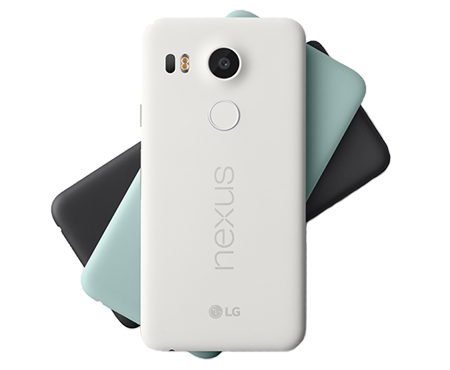 You don’t have to do this but we recommend getting familiar with the Android downgrade process before you install a new Android update. That way if something does go wrong, and you can’t find a manual fix, you can drop down with ease.

If Android Oreo starts causing problems on your device and you can’t seem to fix those problems, you might try downgrading to an older version of Android in an effort to improve performance.

There are a bunch of resources out there but this guide on the Nexus Help Forums is one of the best we’ve come across.

Downgrading might come in handy if and when you start to experience Android Oreo problems. 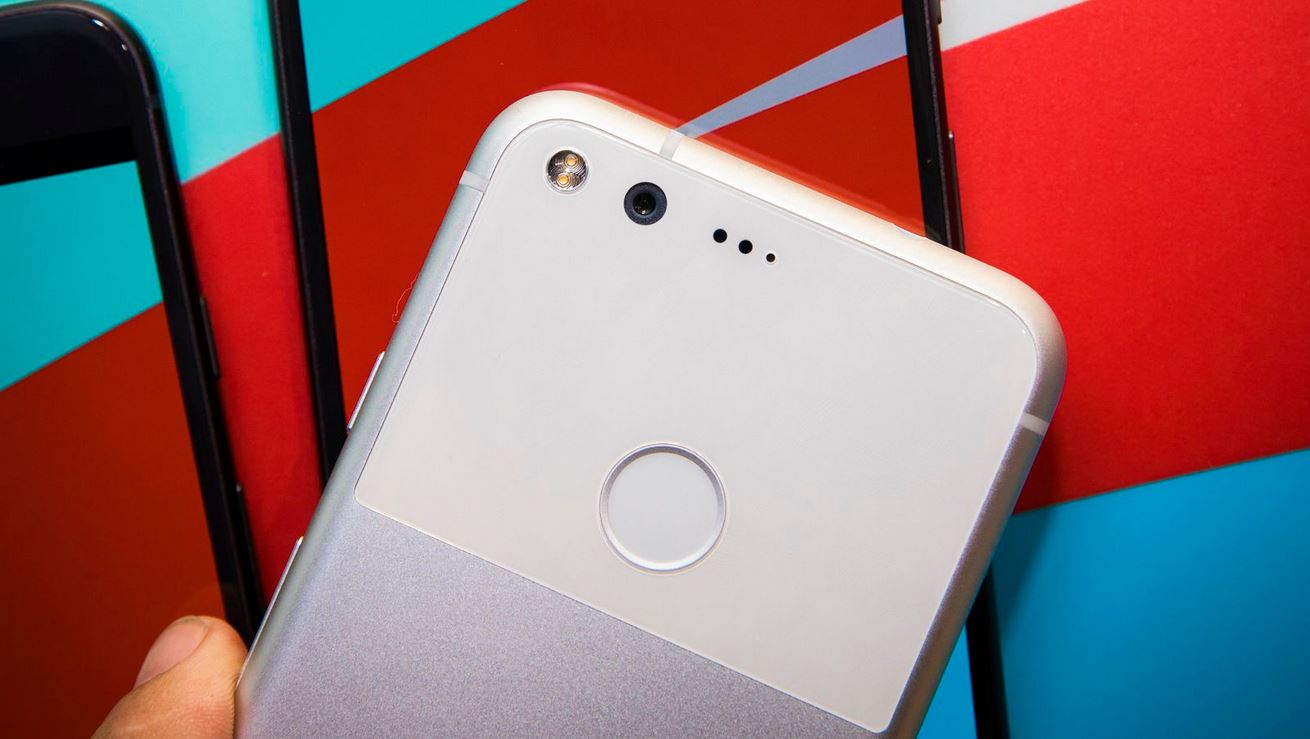 Google’s Android 8.0 Oreo OTA could take a few weeks to hit your device. If you can’t wait that long, you might want to manually install the update.

If you want to install the Oreo update ahead of the OTA, this guide will take you step-by-step through the sideload process.

If you’re not comfortable with those instructions, you should wait for your Over-the-Air update from Google. When the update is ready to download and install, your phone or tablet will prompt you.

You can foul up the manual installation process so if you aren’t one hundred percent comfortable with it, make sure you wait for the OTA.