3D Around: An app that let you take 360 degree snaps with your iPhone 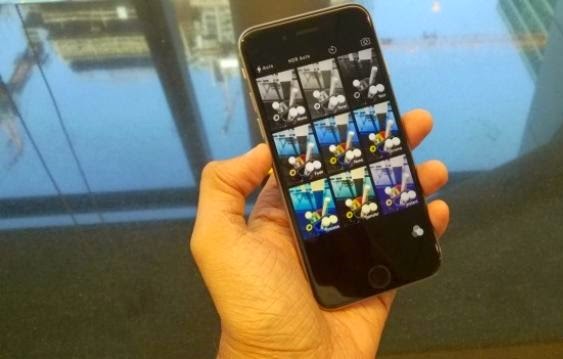 A new app that allows iPhone 6 users to take 360 degree pictures of objects and then show them as 3D photographs is here.

Called 3DAround, the app made by Swiss software company Dacuda takes pictures that are not just 3-dimensional, but interactive.

Free to download, the app was designed to capture 3D images of food, to cash in on the popularity of food photography but it works just as
well with any similarly sized object.

“The app allows users to share full dining experiences via 3D images so lifelike, viewers can almost taste the food,” Alexander Ilic from Dacuda was quoted as saying to BGR.

“3DAround extracts a full 3D model of an image, capturing object depth and structure as users move around to take food photos from various angles. It combines these multiple images into a single, virtual 3D photo,” he said.

Using the iPhone’s accelerometer, the app allows people who have downloaded it to share images that are like a 360 degree walkaround. By tilting the phone, the image shifts and pans around the object with movements.