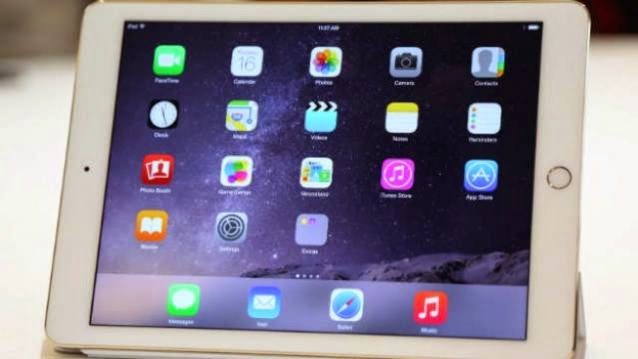 A Japanese magazine dedicated to Apple fanboys, Mac Fan, has published details of the rumoured 12.2-inch iPad Air Plus including its internal hardware and expected launch date.

The magazine found a leaked blueprint of the 12.2-inch iPad, which says that the tablet will be 305.31 x 220.8 x 7mm in size and come powered by a next-generation A9 processor. It adds that the ‘iPad Air
Plus’ is said to have four built in speakers on its edges to provide stereo sound. It also claims that the iPad Air Plus is scheduled to launch some time between April to June 2015.

AppleInsider has said that another Japanese publication, called Macotakara, has details which aligns with the information shared by Mac Fan. Macotakara says that the upcoming ‘iPad Pro’ or ‘iPad Plus’ will feature a 12.2-inch display with speakers and microphones on multiple edges.

According to AppleInsider, Macotakara also claims that the iPad Air Plus won’t be as thin as the 6.1mm iPad Air 2, but will be as slim as an iPhone, measuring somewhere between 6.9mm and 7.1mm.

While we don’t know how much to believe Mac Fan, AppleInsider claims that the publication has previously been pretty accurate about Apple-product information before them being unveiled.

The same report by Mac Fan also claims that the iPad mini 4 will be powered by Apple’s existing A8X processor and sport a new, thinner design. It also says that following the launch of the iPad mini 4, the iPad mini and iPad mini 3 will be discontinued.