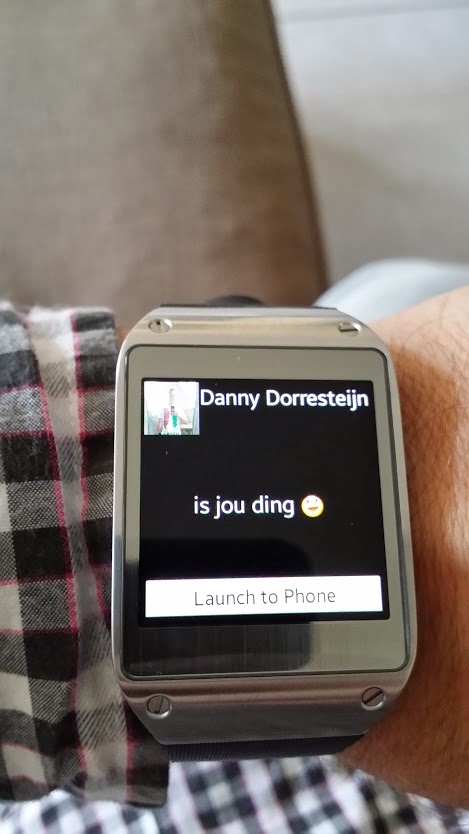 Samsung has slashed prices in India of its first wearable device, the Galaxy Gear smartwatch, to Rs. 14,990. While there are conflicting reports, TTi Gadgets has learnt the price drop will be effective within this week.

Samsung had launched the Galaxy Gear in the country on September 25, at Rs. 22,990, alongside the Galaxy Note 3. Earlier in January, the Korean giant had dropped the smartwatch’s price to Rs. 19,075.

With the Android 4.3 update for its range of higher-end devices
however, Samsung has brought Galaxy Gear compatibility to smartphones such as Galaxy S4, Galaxy SIII and Galaxy Note II. Samsung’s Galaxy Gear smartwatch had launched with 70 apps initially, as per the company, which include apps for basic fitness such as a step-counting passometer. The battery life, a key challenge for most wearable devices, is said to be around 27 hours under Samsung’s normal-use tests.

Refuting reports that the Galaxy Gear’s sales had been disappointing, Samsung had in November said it had sold more than 800,000 units of the smartwatch since its debut in September. The South Korean firm said Gear sales have been better than its own expectations and it would expand sales promotions for the wearable device for the crucial year-end holiday sales.

Samsung has since poured marketing resources into the Gear with heavy advertisements and collaborations with fashion shows to seize leadership in the wearable computer market after the device got off to a rocky start after being critically panned by reviewers.

Earlier in January, a Bloomberg News interview had quoted Samsung’s mobile executive VP, Lee Young-hee, who had given a March-April timeline for the launch of the next iteration of the Galaxy Gear smartwatch, and described what new it would bring: “When we release our S5 device, you can also expect a Gear successor with more advanced functions, and the bulky design will also be improved.”