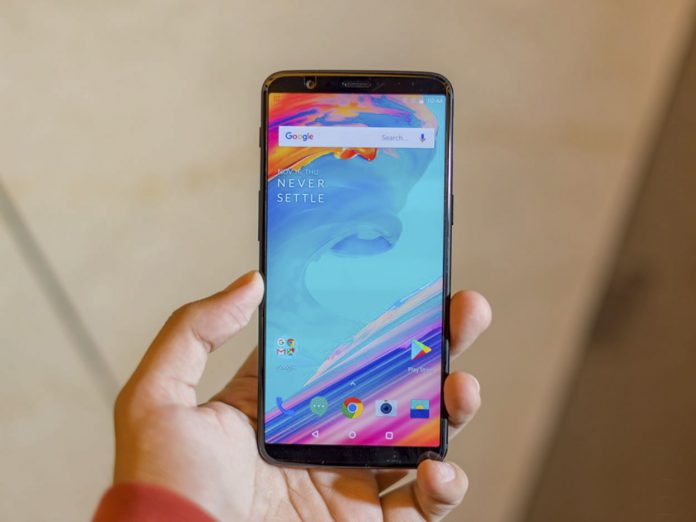 OnePlus 5T first impressions review: The device will go on sale in the Indian market as an Amazon-exclusive starting 21 November. OnePlus will sell the device on Amazon. OnePlus has maintained the same pricing structure as that for the OnePlus 5. You’ll pay Rs 32,999 for the 64 GB storage variant, while the 128 GB variant is priced at Rs 37,999.

We reviewed the OnePlus 5 and concluded that OnePlus’ formula just doesn’t seem to be working as well anymore. Offering flagship internals in a premium shell is a formula that has been aped, and improved upon, by OnePlus’ rivals. The rising cost of the device and lack of innovation was hurting the prospects of the device in India.

We got our hands on the OnePlus 5T after its India launch in New Delhi. The smartphone looks great with the near ‘bezel-less’ design and slight changes in the design philosophy of the device. However, does the OnePlus 5T address the issues that plagued the OnePlus 5 and improve upon the formula?

Let’s just take a quick look at how the OnePlus 5T stands in the 2017 flagship market and whether those minor changes stand it in good stead.

OnePlus has not changed much with the design of the OnePlus 5T. The biggest change to the OnePlus 5T is in the display, which is now of the near bezel-less variety.

The smartphone looks great and feels sturdy in hand without any squeaking parts. OnePlus has left things unchanged in terms of the material that it used to manufacture the 5T.

It comes in an aluminium body. The back of the device with curves on the edges to meet the front of the device. One thing to note here is that the company has removed the ‘horizon line’ curve design that it introduced with the OnePlus 5 and has gone with a design that kind of reminds me of the OnePlus 3 or OnePlus 3T.

Little details with antenna bands neatly running along the borders to integrate with the design and polished metal finish, like the OnePlus, 5 do indicate that it’s not a major overhaul in terms of the design.

The OnePlus 5T features a 6.0-inch FHD+ Optic AMOLED display panel with an 18:9 aspect ratio. The display will be protected by Corning Gorilla Glass 5. Like the OnePlus 5, the company has packed an octa-core Qualcomm Snapdragon 835 processor along with its Adreno 540 GPU. The OnePlus 5T will come in two variants, the first one with 6 GB RAM and 64 GB storage while the second variant will come with 8 GB RAM and 128 GB internal storage.

The OnePlus 5T comes with a 16 MP camera module with f/2.0 aperture on the front of the device for good selfies. OnePlus has left the capacity of the battery at 3,300 mAh. The battery is a non-removable lithium-ion type with DASH Charge technology for fast charging.

The device comes with Android 7.1.1 Nougat-based OxygenOS 4.7.0 out of the box. OnePlus is already working on an Android Oreo 8.0 update for its devices and both OnePlus 5 and 5T users can expect the update in early 2018. OnePlus has added accelerometer, gyroscope, proximity, compass, ambient light and RGB sensors. The fingerprint sensor is on the back of the device as sensors to enhance the user experience of the smartphone.

The pixel density of the display works out to 401 ppi. The screen-to-body ratio comes in at 80 percent. The display looks bright and vibrant with good viewing angles and good brightness levels. OnePlus announced that it is introducing a new ‘Sunlight Display’ mode which bumps up the brightness of the display to help with readability of content under direct sunlight.

To be clear, almost all smartphones boost brightness beyond the maximum, manually-adjustable limit when the phone is under bright sunlight. We’re not sure what OnePlus is doing differently here.

The company has also tweaked and ensured that users have multiple options in terms of the colour profile of the device, including a dedicated DCI-P3 colour profile under display settings.

OnePlus 5 sports an octa-core Qualcomm Snapdragon 835 processor clocked at up to 2.45 GHz along with an Adreno 540 GPU to handle graphics-intensive tasks.

The company will come in two variants, the first one with 6 GB LPDDR4X RAM and 64 GB of UFS 2.1 2-lane storage while the second variant will come with 8 GB LPDDR4X RAM and 128 GB UFS 2.1 2-lane internal storage. Like the OnePlus 5, the 5T will not come with the option to expand the storage space on the device once users run out of the 64 GB or the 128 GB internal storage.

The 5T comes with Android Nougat 7.1.1-based OxygenOS 4.7.0 out of the box along with the 1 October 2017 Android security patch. The company stated that the Android Oreo 8.0 update will come in early 2018.

The software is quite snappy and zippy as one would expect from the new smartphone. The company also mentioned that it will start the OnePlus Open Beta program for the OnePlus 5 and 5T later this month. This will increase the test base of the customers to iron out any kinks in the upcoming Android Oreo-based update.

Since the bezels are smaller, the company had to remove the fingerprint sensor from the front of the device and move it to the back. To ensure that users have options, in addition to the double tap to wake the device, OnePlus also announced the launch of ‘Face unlock’, a much faster way to unlock your device. One thing to note here is the fact that OnePlus mentioned that users will still have to use the fingerprint sensor on the back of device while dealing with sensitive stuff like payments or password managers.

Face Unlock is not to be confused with Apple’s FaceID system, Microsoft’s IR-based Windows Hello or Samsung’s Iris authentication system. Face Unlock simply uses the camera to look at your face and unlock the device. This could potentially be fooled by images. However, it’s a fast, if less secure method, for unlocking your phone. The speed might be a worthwhile sacrifice for some users.

OnePlus has brought back the dual camera setup with its latest flagship. However, the company has changed the implementation of the camera by replacing the telephoto lens in the dual-camera setup with a normal focal length lens with a 20 MP sensor and f/1.7 aperture for improved performance in low-light conditions. This 20 MP camera sensor is in addition to the existing, primary 16 MP camera sensor with f/1.7 aperture. Other specifications of the dual camera setup remain the same with phase detection autofocus, dual-LED dual tone flash unit along with the camera.

The reason that both the camera sensors on the dual camera setup at the back of the device come with an f/1.7 aperture is to improve the low-light performance of the smartphone. The second sensor with 20 MP resolution with make use of ‘intelligent pixel’ technology to merge four pixels into one pixel to create a result that offers better quality and detail along with less noise in the final pictures. The smartphone will automatically switch to this second sensor under lighting conditions of 10 lux, says OnePlus. These are claims that we will put to the test in our full review.

In the limited amount of time we had the device with us, the camera software was snappy with fast image processing speed and several useful features. The few images that I shot from the camera had a good amount of detail, contrast and colour accuracy.

The company also claims that it has improved the portrait mode of the camera but we are yet to test these claims.

OnePlus has launched a slight design refresh with the OnePlus 5T to fix the complaints that customers had when it came to the OnePlus 5.

Whether you believe that the company incorporated user feedback when designing the device or simply borrowed a shell from parent company Oppo is a different matter entirely.

That said, the camera already seems like an improvement over the original.

The device definitely makes OnePlus’s case much stronger now when compared with competition from the likes of the Samsung Galaxy S8 Plus, Galaxy Note 8, HTC U11 and the iPhone X as it is not lagging behind in terms of design.

Another important thing that OnePlus did was to keep the price of the device unchanged despite the changes in the screen size and design to ensure that it is competitive with rival premium devices. This move is likely to address the concerns where OnePlus was increasing prices with each successive smartphone, but struggling to offer better value.

The OnePlus 5T, with a simple design refresh, already seems like a worthwhile device. At first blush, the camera and screen alone should be worth the upgrade for those who’ve been holding on to their OnePlus 3 and 3T devices.

I also hope that OnePlus has done its part in addressing concerns of data theft, where the device maker harvested an unjustifiable amount of user data without user consent.

Look forward to our full review in the coming week.