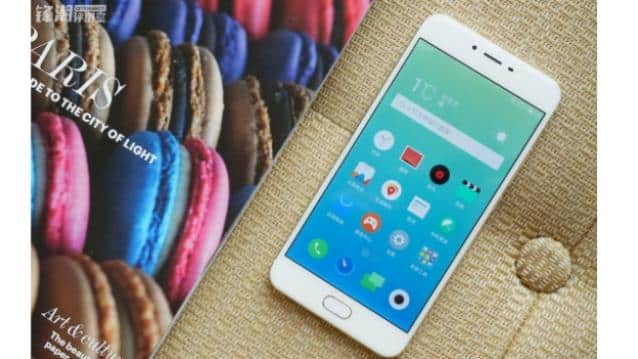 Looks like Meizu is on a product releasing spree. After news of the Meizu M3X and Pro 6 Plus launch yesterday, turns out there has been one more phone launch – the much rumoured Meizu X finally became official. The phone will be selling for CNY 1699 (approx Rs 17,000) onwards.

Just like the Meizu M3X and Meizu Pro 6 Plus, the Meizu X also comes in two variants.

Unlike previous Meizu smartphones, with the X, Meizu is going in for a completely revamped design language. The Meizu X comes with 2.5D curved glass design with double ceramic coating process and it looks visually different from other Meizu phones. The phone comes in four colours namely Black, Blue, Gold and White. The blue and white coloured Meizu X backs do remind one of the Honor 8.

The Meizu X sports a 5.5-inch FullHD Sharp display which uses TDDI display technology for improved touch accuracy. It also makes use of in-cell technology to ensure that the panel thickness is minimal.

The phone is powered by a MediaTek Helio P10 chipset which is made on a 16nm process. It has an octa-core processor clocked at 2.3GHz. It comes with LPDDR4x RAM support and comes in two storage and RAM variants as mentioned above. It has a 12MP rear Sony IMX386 sensor sporting camera along with an f/2.0 aperture and PDAF support. On the front, you have a 5MP shooter.

The Meizu X runs on Android 6.0 Marshmallow with the Flyme 6 OS skin on top. According to Meizu, there have been close to 400 new feature additions with the new skin and it also has the One Mind AI Engine. The Meizu X also houses a fingerprint scanner in the home button. This can be used to authenticate payment platforms such as AliPay and WeChat pay. There is a 3200mAh battery powering the device which comes with mCharge quick charging support.

The Meizu X is expected to go on sale in China from 8 December onwards. There are no details on when the phone will launch in India.

@techfoogle
Previous Xiaomi launches Luna Smart Sleep sensor on its crowdfunding app; to sell for CNY 69
Next Gooligan Android malware affects 1 million devices: Here’s how to check if your device is infected