From iMac to iOS 7, Jony Ive shares the secret behind Apple design in Time interview 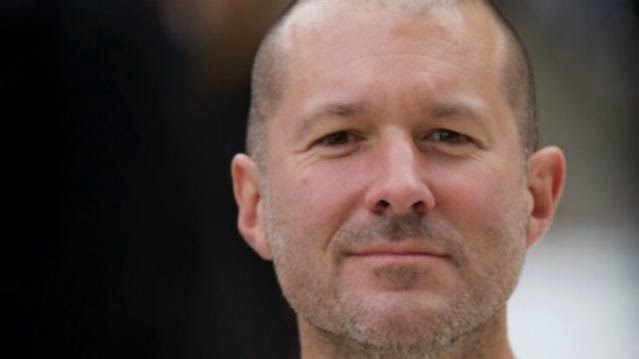 When it comes to Apple’s product be it the iPhone or iPad or the iPod, two names stand out. One is, of course, Apple’s co-founder Steve Jobs, while the other is Apple’s Senior Vice President of Design, Jonathan ‘Jony’ Ive.
No new product launch is complete is without a video of Ive discussing at length, the concept that went into the design of the new product, though there was quite a lot of jokes were made at his expense soon after the redesigned iOS 7 was unveiled. But nevertheless Ive has left a great mark on Apple.
In an in-depth interview to Time magazine, a rare insight into Ive, he discussed what design means to Apple, his working relationship with Jobs, and much more. For Apple fans and fans of Ive’s work, which includes more than just Apple products, the interview is a must read. You can check out the complete in-depth interview here.
The interview talks about how Ive came to work at Apple. He initially took a few classes in car-designing in London, but left midway. “The classes were full of students making vroom! vroom! noises as they drew,” he told the magazine. He then studied industrial design at Newcastle Polytechnic.  Soon after design school he started working at Tangerine, a design agency which he left in 1991 to join one of its client Apple.
Ive joined Apple, before Jobs had returned to the company. Once Jobs, returned, Ive recalls, “Steve and I spent months and months working on a part of a product that, often, nobody would ever see, nor realize was there. It didn’t make any difference functionally. We did it because we cared, because when you realize how well you can make something, falling short, whether seen or not, feels like failure.”
When asked if the rumours about Jobs being a tough person to work with are true, Ive is diplomatic. He said,“So much has been written about Steve, and I don’t recognize my friend in much of it. Yes, he had a surgically precise opinion. Yes, it could sting. Yes, he constantly questioned. ‘Is this good enough? Is this right?’ but he was so clever. His ideas were bold and magnificent. They could suck the air from the room. And when the ideas didn’t come, he decided to believe we would eventually make something great. And, oh, the joy of getting there!”
As far as Ive and his design team are concerned, they remain elusive and have only been seen once in public. Ive said the design team is small with around 15 people and that no one other than Ive and his team are allowed in their office, except, of course, top senior Apple executives. “The reason is, it’s the one place you can go and see everything we’re working on — all the designs, all the prototypes.”
And how long does a typical Apple product take? Ive spent “months and months and months” working out the exact shape of the iMac stand.  And even when he is done with a product, he wonders if he could have done it better. “It’s an affliction designers are cursed with.”
Ive doesn’t see himself as just another designer but more of a maker as the interview points out. He spent a good part of his childhood taking things apart. “Complete intrigue with the physical world starts by destroying it,” he said.