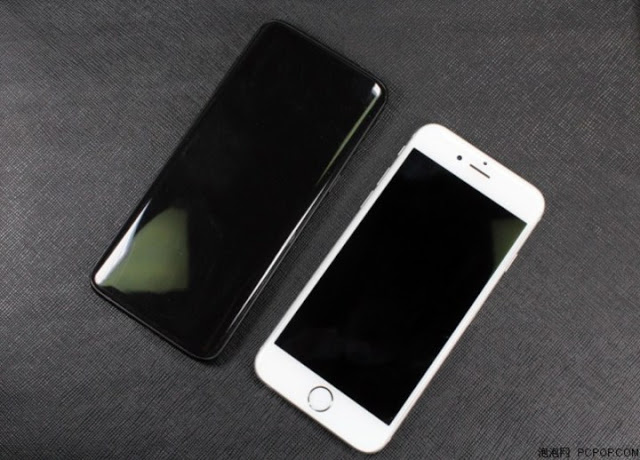 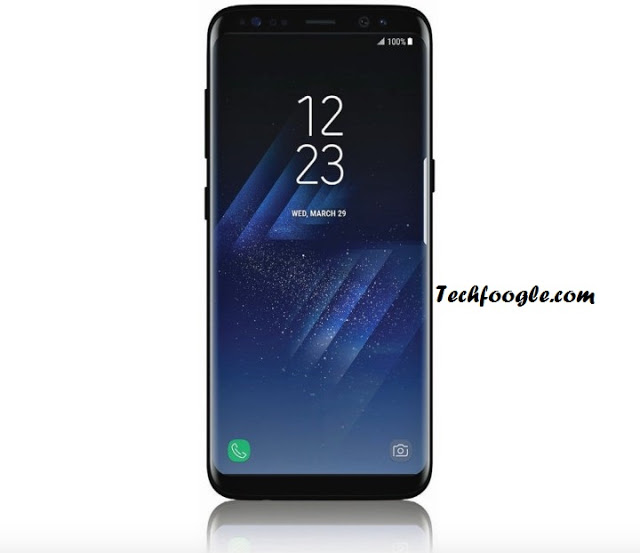 Blending the best of the Galaxy S7 Edge and Note 7 into one with bigger screens, and smaller bezels. That’s essentially the end result for this years phone. Meaning it will be a familiar experience that many will love. With a new futuristic look. Some recently leaked photos show it next to an iPhone 7, and it shows how great the new design is. Super small bezels with almost all screen on the front. Samsung’s calling it an Infinity Display.

This year we’re fully expecting a 5.8-inch S8 and a 6.2-inch S8 Plus. They won’t be much bigger physically, but will have huge screens. Additionally, expect it to be super fast, powerful, have great cameras, double the storage, and jam-packed with features.

Most likely you’ve seen all the leaks and already have your mind made up. If not, below is a slideshow detailed eight or so reasons why the Galaxy S8 is worth waiting for. We explain multiple reasons it will be the phone to buy when it’s released around April 21st-28th. 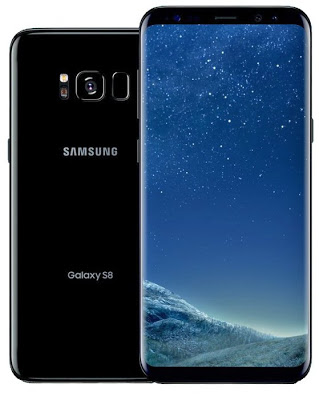 In case you’ve missed all the leaks, rumors and videos floating around, Samsung has big plans for 2017. Big in the form of screens, but not physically huge devices.

Samsung has changed their plan completely. Both the Galaxy S8 and Galaxy S8+ have curved displays, like the Galaxy S7 Edge. One is 5.8-inches and the other is 6.2-inches. Sounds massive right? Don’t worry though, because they are only slightly bigger than previous Samsung devices.

The company was able to fit beautiful 2560 x 1440 (or similar) Quad-HD S-AMOLED screens into these phones, make the bezels tiny, and remove the fingerprint scanner. The result is almost all screen on the front, and it looks amazing. The corners are rounded too, which isn’t just for looks. It makes the screen physically stronger if dropped, and is pleasing to the eyes as well. You’ll get used to it.

From everything we’ve seen these devices are longer than most and a little skinnier, which is how they’re fitting such big screens in a small space. If you don’t like huge phones, these will be just fine. Well, as long as you can handle something the size of a Galaxy S7 Edge or Galaxy Note 7.

Samsung always has the best screens in a smartphone, and that trend will continue with the Galaxy S8. If not leapfrog the competition once again, and put them on a pretty high level. You’ll love the big beautiful screens on Samsung’s new phones.

Similar to past years, Samsung is using a premium all glass and metal design. At least from what we’ve seen so far. The phones are almost all screen on the front, tiny bezels, and curved edges to the screen and the glass. This comfortably curves around to the all metal back, which is then covered in glass too for an absolute premium look and feel.

There really isn’t much to say here, except that Samsung continues to lead the pack in terms of design. If you loved the look of the Galaxy S7, S7 Edge or Galaxy Note 7, you’ll absolutely love the Galaxy S8. It’s more of the same, with smaller bezels, and big screens.

One potential downside to this new design is the fingerprint scanner location. In order to make the bezels small and screen big they removed it from the front of the device. There’s no longer a front fingerprint scanner and physical button. Instead we will use on-screen navigation keys, and a rear-mounted fingerprint scanner. It’s next to the camera, not underneath it like most Android phones, so it may take some getting used to.

That shouldn’t stop anyone from buying and loving this phone though. 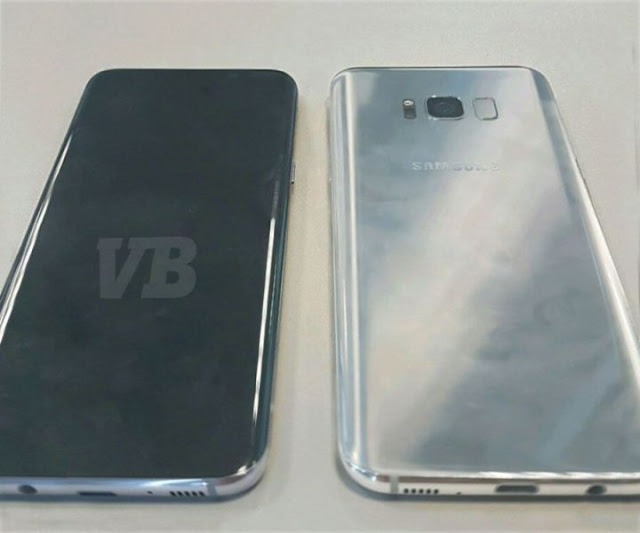 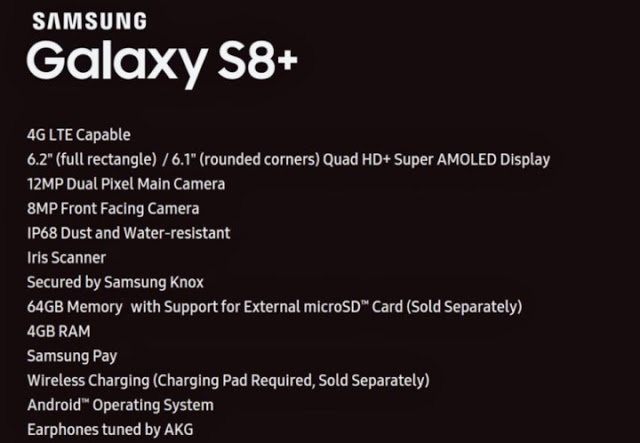 You’ll love the performance and battery life from the Galaxy S8. That’s because it’s the first smartphone to ship with the powerful new Snapdragon 835 quad-core processor, with 4GB of RAM, and all-day battery life. No other phone in the first few months of 2017 will have that processor, Samsung bought them all. So nothing will match it’s performance until far later this year.

Without going into it too much, here’s the full spec sheet so you know exactly what to expect throughout.

One thing we’re not 100% sure about yet is the battery the company will use inside of these phones. That was the cause of the Note 7 disaster, so they’re being cautious. However, past releases give us a good idea of what to expect.

As a comparison, the 5.5-inch Galaxy S7 Edge has a 3,600 mAh battery and the Note 7 was only 3,500 mAh. So while we’re not expecting any big leaps this year, it will still be excellent. Add in Android 7.1 Nougat, the more efficient processor, and the most battery friendly AMOLED screen from Samsung, and we’re expecting good battery life. Basically these will be powerful and capable phones that should last all day. 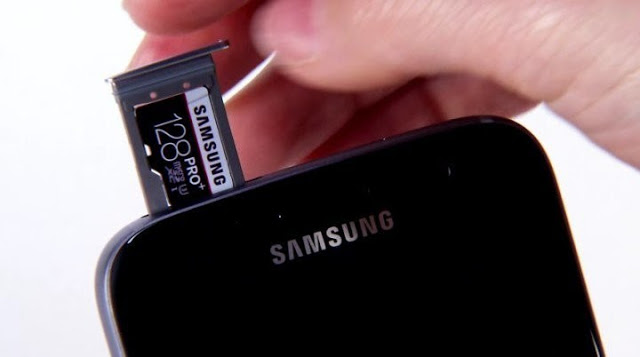 The biggest complaint for years with any Samsung device has been with storage. Either because they only had 16 or 32GB, or back in the day when they removed the microSD slot from the Galaxy S6 and Galaxy Note 5. Samsung fixed those mistakes in 2017, and won’t make them again.

In fact, the Galaxy S8 will have double the storage, with 64GB built-in. Which should be enough for almost all users. Never worry about running out again. And if you get close, there’s a microSD slot that can take 256GB cards and more. Essentially giving owners over 300GB of storage on the Galaxy S8 without adding huge price increases to the phone.

If storage is important, the Galaxy S8 is the phone for you. That alone is a reason many will love and choose Samsung in 2017. 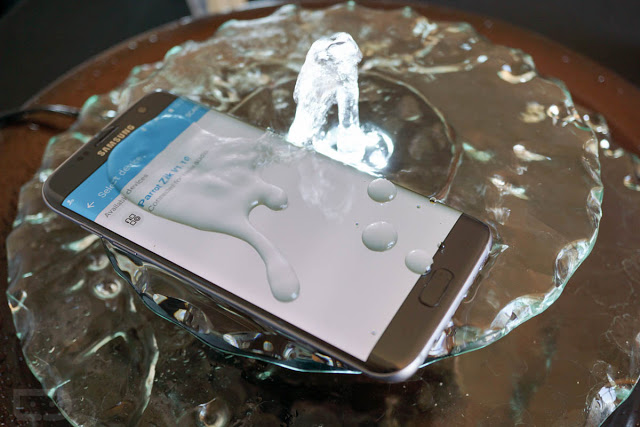 A key selling point for Samsung last year was water-resistance, and now all manufacturers are doing the same. And if they don’t many dock points for a phone missing this feature.

The Galaxy S8 and S8+ will be IP68 dust and water resistant. Meaning they can get wet and be fine. Not to mention be submerged under around 5ft of water for over 30 minutes and work perfectly fine. Getting dropped in the pool won’t matter. You’ll love this peace of mind.

As a comparison, the iPhone 7 is only IP67 rated. So it can’t go as deep or as wet for very long, or it could still fail. So Samsung leads the pack in this regard. Water resistance isn’t a must-have for me, but being able to use my phone without worry is extremely satisfying. 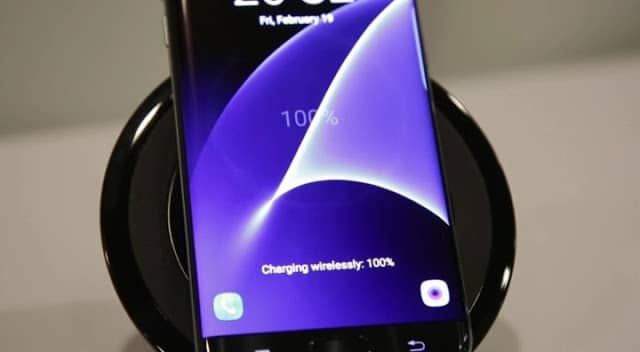 So you may be thinking… A huge 5.8-inch screen and only a 3,100 mAh battery. Wasn’t the small Galaxy S7 using a 3,000 mAh battery? And you’re right, but that shouldn’t be too much of a concern.
All the improvements to the hardware and software should make battery life good, but it’s the charging technology that takes the cake.

Expect to see USB Type-C with fast charging be included. The cord can be plugged in any direction, unlike micro-USB, and it charges extremely fast. In fact, expect to go from 0-80% in around 30 minutes, or to 50% in just 15-20 minutes. So even if the battery isn’t massive, it will refill extremely fast.

Additionally, Samsung features fast wireless charging too. And while that isn’t as fast as a regular wired charger, it’s faster than any other wireless charging method available. So charge in the car, charge at home with docs, at Starbucks and more. These are two more features that all owners will love and appreciate. 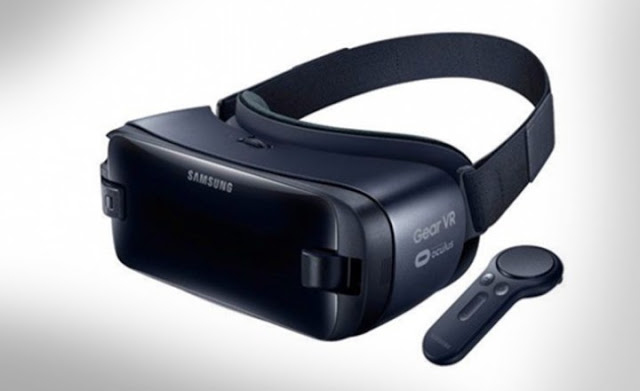 What else will you love about the Galaxy S8? Well, the Iris Scanner for fast unlocking will be nice. Running the latest Android 7.1.1 Nougat will be great, and all the software features are icing on the cake.

However, it’s everything else in the Samsung ecosystem that many truly enjoy. Like Samsung Pay, which works at 95% of stores around the United States and is backwards compatible with old payment terminals. Unlike Apple or Android Pay that only works at select places, Samsung Pay is accepting virtually anywhere you can swipe a credit card. I use it daily, and if you don’t we’d highly recommend it.

Not to mention we’re expecting a new Gear VR 2 with a controller to debut, and possibly be given out free to everyone who buys a Galaxy S8. This hasn’t been confirmed yet, but they did it last year, and it only makes sense. Virtual reality is getting really popular, and you’ll love it on the big 5.8-inch screens of the Galaxy S8.

And finally, the software should be better than ever before. Samsung may debut a new feature that lets us dock the Galaxy S8 into a monitor or computer and deliver a desktop like experience. Called Dex for desktop extension, and many other things to complete and roundup this phone.

At the end of the day the Galaxy S8 is shaping up to be one of the best phones of 2017, and there are more than a few reasons buyers should be excited about them. Not to mention the eight or so we’ve mentioned here that you’ll love. When it’s announced on March 29th we’ll update with more details. Then, expect to buy one sometime in late April.